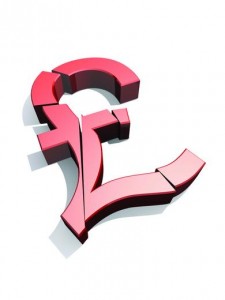 Until early May there was a widespread belief that mid-market buyouts were somehow going to be immune to the credit crunch. The creed, tinged with schadenfreude about the plight of mega buyouts, was dependent on the fact banks still seemed to be willing to lend to small deals in the £10m to £100m range and mid-market deals in the £100m to £1bn bracket. However a marked shift in bank attitudes and behaviour since the spring, coupled with the wider nervousness about the economic outlook, has shattered such delusions.

The Centre for Management Buyout Research (CMBOR), sponsored by Deloitte, recently confirmed a big slowdown in mid-market deals. The value of buyouts worth £100m to £500m fell to £3bn in the first half of 2008, down from £7bn in the same period last year. The value of deals in the £10m to £500m range, including small deals, slumped to a five-year low of £4.8bn, well below the £10bn seen in the first half of 2007. “The private equity market is now feeling the credit crunch much more comprehensively,” said Mark Pacitti, corporate finance partner at Deloitte.

Belief in the invulnerability of the mid-market persisted for several reasons. First, the spike in deal making prompted by the changes to capital gains tax introduced by the UK Government in early April probably masked – or at least delayed – the credit crunch’s impact on the sector. “I think there was a bit of mirage effect,” said Shaun Middleton, managing director of new investment at Dunedin Capital Partners. “Nothing’s immune. Debt is still available, and there are still deals to be done, but nothing is immune to a major economic shift.”

The delayed tightening of the credit markets for mid-market deals is stifling activity. Markus Golser, senior partner at Graphite Capital, said: “Deals that were kicked off in the first half of this year are finding it significantly harder to get access to debt [than those initiated in the second half of 2007]. The rise of ‘clubbing’ sometimes means that, in some cases, no bank debt is available at all.”

Simon Sale, a private equity partner at law firm Dundas & Wilson, said: “I have heard some real horror stories about sourcing bank funding. For example, on a £60m transaction the purchaser had to deal with a consortium of three banks, when last year they’d have been dealing with just one. That can make things both incredibly complex and cumbersome. It significantly slows the process. Additionally of course it increases the risk of transactions falling over because of, among other matters, issues arising in diligence.”

In such an environment Sale said some corporate financiers, on behalf of vendors, are endeavouring to “reverse engineer” transactions – which means obtaining indicative letters of support from a range of banks before bothering to approach equity providers.

Dunedin’s Middleton said: “It’s still possible to get debt funding for buyouts in the £10m to £75m range but multiples are back down to their traditional norms and banks are only lending to businesses that are extremely cash-generative and are perceived as having a defensive position.”

It could be some time before bank behaviour changes, according to Golser. “Before we see any fundamental return of bank willingness to lend against leveraged buyouts, we’re going to need more visibility about the length and depth of any consumer led recession.”

The fact the credit squeeze has now infected the wider economy, with a UK recession now widely predicted for later this year, has also opened up a wide gulf between what business owners believe their businesses are worth and the reality of what buyers are prepared to pay. Many owners would seem to prefer to soldier on until the economy and earnings visibility recover, than accept what they perceive to be a knockdown price. “We’re seeing a stalemate situation where private vendors are unwilling to budge on price and acquirers are holding out for a bargain,” said Deloitte’s Pacitti.

However Jacques Callaghan, head of financial sponsor coverage at investment bank Hawkpoint, disputes the notion that the recent past has been a deals desert. “In my view the UK mid-market – by which I mean deals in the £100m to £1bn range – has held up pretty well in the first half of 2008. According to Hawkpoint analysis there were 27 buyouts in this size range in the period, against 28 in the first half of 2007. However, the total value of these deals fell to £6.7bn from £8.7bn with a resultant average deal size 20% less than last year.”

“Another difference is that in the first half of 2008, 45% of the deals were in financials, healthcare and oil services. However in the first half of 2007, only 10% were in these sectors. Healthcare and oil services can still get debt while financial services, depending on the segment, cannot support much leverage anyway.” However, Hawkpoint’s research also confirmed a 40% decline year-on-year in the number of deals in the £25m to £100m range since the April 5 tax changes.

Callaghan admits, however, that the pipeline of mid-market deals has become fairly sparse. “The expectation of an economic downturn has made people put exit plans on hold. My sense is there will be a big drop-off in the third quarter, which means that there will be a scarcity value for assets that are put up for sale.”