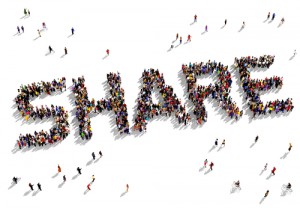 Practices for picking up the check for expenses related to annual meetings and other costs vary widely between middle-market firms grappling with increased oversight by regulators, according to a benchmarking survey of 104 managers presented to financial and compliance officers at the SBIA’s Northeast Private Equity Conference on January 20, 2015.

In one of the more diverse responses, GPs were asked, “At the annual meeting, who pays for the meals and entertainment of the CEOs of existing portfolio companies?”

By contrast, in funds of $1 billion to $2 billion, 29 percent of respondents said expenses were paid by the management firm, 47 percent said those expenses were born by the fund and 24 percent charged the portfolio company from where the CEO came; none split the costs between the fund and firm. Answers to the same question also varied widely for fund sizes of $2 billion to $5 billion, as well as funds of more than $5 billion. The survey also broke out answers to the same questions by five fund types: buyout, growth equity, debt, real asset and other.

All told, the survey included 20 questions on various types of costs and fees. The “Fees and Expenses…A Benchmarking Survey” survey by fund administrator PEF Services LLC and law firm  Pepper Hamilton LLP was conducted by the trade publication Private Funds Management in August and September. (Read the survey here.)

Chris Rossi, partner at Pepper Hamilton LLP said moves by the Securities and Exchange Commission to step up efforts to boost transparency and improve accuracy on fees have triggered angst among lower-middle market GPs.

Anne Anquillare, co-founder and CEO of PEF Services, said stepped up compliance efforts at middle-market market sponsors may be diverting resources from deal-making and causing firms to lose out on as many as one or two buyouts a year.

All told, the survey included 20 questions on various types of costs and fees.

About 30 CFO and other executives charged with compliance and oversight of fund expenses listened intently to a presentation of the study, aimed at sparking a discussion that could lead to standardization of best practices in the industry.

One person complained that regulators seem intent on pushing as many costs as possible onto GPs. Another said if  firms disclose all costs and expenses and where they go, and they stick to it, they’ll have a stronger hand with regulators.

Overall, the SEC’s delivered unexpected fireworks for private equity firms in 2014, including a speech by Andrew Bowden, director in the SEC’s Office of Compliance Inspections and Examinations, in which he laid out problems that regulators turned up in its examinations.

In terms of bearing the total expenses of annual meetings, Chart 3.14 of the Buyouts and VCJ PE/VC Partnership Agreements Study, 2014-2015, also revealed a variety of responses.

In each category, the majority said the GP paid the cost of annual meetings, but the answers varied between 58 percent for North American Venture and 75 percent for International Buyout. Among Private Equity Real Estate funds, 60 percent said the GP paid the expenses, but 20 percent of the respondents of this fund type said the expense for annual meetings was shared by the fund and the GP.