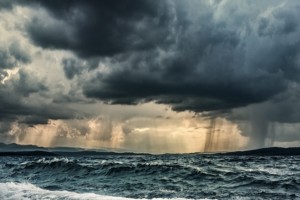 MidOcean Partners is moving into the next phase of its comeback plan.

The firm, led by Chief Executive Officer Ted Virtue and Chairman Steve Miller, will bring its next flagship fund to market next year, according to two limited partners with knowledge of the firm. The fund could target up to $1 billion, the first LP said, noting that MidOcean discussed plans at its annual meeting earlier this year.

Chris Tofalli, a spokesman for MidOcean, declined to comment.

MidOcean could have a tough fundraising, the second LP said. That’s because the firm’s most recent flagship fund, MidOcean Partners III, which closed on $1.25 billion in 2007, has been a weak performer, though it has recovered more recently.

Fund III generated an 8.5 percent net internal rate of return and a 1.5x multiple as of March 31, 2015, according to performance information from the California Public Employees’ Retirement System. That makes the fund below average, coming in under the mean IRR of 9.14 percent for vintage 2007 funds, according to Cambridge Associates’ performance benchmark. It also underperformed Cambridge’s 9.84 percent median for the 2007 vintage.

The firm made several investments prior to the collapse of Lehman Brothers in the fall of 2008, which hurt early performance in Fund III. One of those investments, pizza chain Sbarro Inc, fell into bankruptcy in 2011. MidOcean also lost fitness center chain LA Fitness, which it had acquired in 2005. The fitness company was seized by creditors and sold to CCMP Capital Partners last year.

The “latter half” of Fund III “is a great portfolio,” one LP said in a prior interview.

MidOcean sold at least four companies over almost two years for an average multiple of 3.4x and returned at least $400 million to LPs over that period, a person with knowledge of the firm said. Earlier this year, the firm sold airplane parts supplier Noranco Inc to Precision Castparts Corp.

The next flagship fund will include a narrower investment strategy, focusing primarily on consumer and business services, the second LP said. MidOcean lost several executives with expertise in other sectors, including Frank Nash, who worked in industrials. Nash left the firm and formed ATL Partners, a separate management company that is on the MidOcean platform.