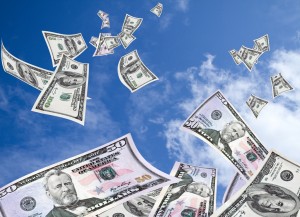 Mohr Davidow Ventures, which was an investor in newly public Rocket Fuel, is getting close to kicking off fundraising efforts for its 10th venture fund, sister publication Venture Capital Journal reported.

The Menlo Park, Calif.-based firm, founded in 1983, raised nearly $700 million for its ninth fund, which closed in 2007, according to data from Thomson Reuters (publisher of Venture Capital Journal). That fund invested in Rocket Fuel, a provider of internet advertising services which IPO’d in September, and Rally Software Development, which went public in April.

On the back of those two exits, MDV is expected to “very soon” begin marketing a new fund, according to General Partner Katherine Barr, who spoke this week at the Venture Alpha West conference in Half Moon Bay, Calif., produced by Thomson Reuters. She declined to disclose the firm’s expected target or to say when fundraising will begin.

Separately, VCJ has learned that the firm has added to its staff an IR/marketing professional to help with fundraising efforts, and has also tapped a San Francisco marketing agency.

No doubt, the new fund will be much less than its current vehicle, perhaps with a target of no more than $300 million. As previously reported, MDV has moved away in the last couple of years from making deals in cleantech and healthcare, and is eyeing a return to the firm’s information technology roots.

This is similar to what Canvas Venture Fund did recently when the firm, previously known as Morgenthaler Ventures, shed its life sciences team to focus solely on IT and raised $175 million for its 10th vehicle, which was less than half its previous fund.

At MDV, the new fund comes in the wake of various partnership shifts in recent years. For one, cleantech investor Erik Straser is no longer a general partner, but is listed under venture development on the firm’s website.