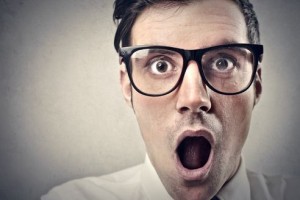 Surprise! Large buyout shops, which typically shoveled huge amounts of debt onto their portfolio companies during the so-called bubble years, actually did OK in terms of default rates.

Companies owned by the largest 14 PE firms posted an average annual default rate of 6 percent for the years 2008 to 2013, according to a special comment from Moody’s Investors Service. This compares with 6.4 percent posted by a benchmark portfolio of companies similarly rated, said John Rogers, a Moody’s senior VP in corporate finance.

“As a group there is not any large outlier,” said Rogers of the PE portfolio companies. “There wasn’t a higher default rate.” He noted that PE firms do not make a better or worse investment than other companies similarly rated.

More than half of the 336 companies, or 188, were structured in the so-called bubble years of 2004 to 2007. Each of the 14 top PE firms had an average of 24 companies in the study, Moody’s said. The report found that 55 defaults occurred among the companies owned by the top 14.

“Due to the combination of low interest rates and investors chasing yield, the default rate since the start of 2010 has been incredibly low,” Rogers said.

The Bad
One area the top 14 have fared badly is in mega-deals. Moody’s examined 10 of these transactions that were formed before the financial crisis. These “club” deals included more than $10 billion in debt and posted an average annual default rate of 17.8 percent, Moody’s said. This is more than double the benchmark portfolio’s 6.4 percent over the past six years. Five of these mega deals have defaulted, including Caesars Entertainment, Chrysler, Clear Channel Communications, Energy Future Holdings (which filed for bankruptcy in April), and Freescale Semiconductor, Moody’s said.

However, some of the mega-deals are doing well, Rogers said. He pointed to HCA Holdings, which paid out several large dividends to its PE owners and then went public in 2011. Alltel Communications was sold to a strategic buyer in 2009. Hertz Global Holdings Inc, First Data Corp and Univision Communications were affected by the downturn but are doing well, Rogers said. (Univision is reportedly in talks to sell itself to CBS, while sponsor KKR led a group of investors putting a fresh $3.5 billion into First Data, the payment processor announced today.)

Portfolio company defaults
Moody’s also looked at the default rate of portfolio companies owned by the top 14 PE firms from 2008 to 2013. Cerberus and Apollo had the highest percentage of companies defaulting (for deals structured before the crisis), the Moody’s report said. Apollo had 21 deals and 12 of these defaulted, Moody’s said. Cerberus had six deals and half defaulted. Rogers noted the industries the PE firms concentrate can influence their default rate. Cerberus, for example, doesn’t do many deals, but the firm focuses on distressed investments. Apollo, meanwhile, took part in many distressed exchanges during the downturn, Rogers said.

However, a scan of Apollo’s companies analyzed by Moody’s shows that only two—Linens ‘n Things and Momentive Performance Materials—actually filed for bankruptcy. The other deals, like Jacuzzi Brands Corp and Ceva Group, were distressed exchanges. The funds also used by Apollo to invest in the companies have done well. Fund V, a 2001 $3.7 billion pool, produced a 44 percent net IRR as of March 31, according to an SEC filing. Apollo’s sixth pool, a $10.1 billion 2006 fund that invested during the financial crisis, generated a 12 percent net IRR since inception to March 31, the filing said.

Cerberus also took issue with Moody’s results. “The study only appears to evaluate a small number of the leveraged deals we successfully executed during this time period,” said Chip Smith, a Cerberus spokesman, in a statement. “It certainly doesn’t measure our actual performance or the distinction between growth equity investors and those that specialize in deep-value, distressed investing like Cerberus. The data, while interesting, doesn’t measure that much.”

For its study, Moody’s looked only at debt that it rated for Cerberus-backed companies, a source added. If another agency, such as Standard & Poor’s Financial Services, rated a company that Moody’s did not, then Moody’s did not include it in its study. “It’s not the entire universe,” the person said. “[Moody’s] only includes six deals but not all the number of deals Cerberus has done. It doesn’t measure much.”

Who did well? KKR and Madison Dearborn had the lowest percentage of default (among deals structured before the crisis). KKR had 20 transactions with two defaults, Moody’s said. Madison Dearborn had nine deals and one default. TPG and Providence also had lower default rates, though a large number of their companies are on the edge and are currently rated “B3” with a negative outlook or below. Their default rates could increase, Moody’s said.