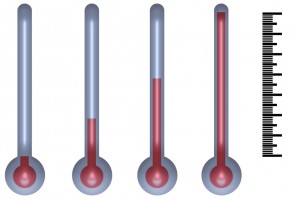 Billionaire hedge fund manager Louis Bacon is placing a big bet on mid-market lending by backing a new firm that is seeking to raise a $750 million debt fund aiming at the lower end of the middle market, two sources told sister magazine Buyouts.

Bacon, the founder of Moore Capital Management LP, a New York-based hedge fund, has committed to provide an estimated $200 million cornerstone pledge to MC Credit, a firm that has been reconstituted to reflect its new source of capital, said a person familiar with the fundraising effort.

MC Credit launched in May as the successor to Cyan Partners, a lower mid-market lender founded in 2008 by Ashok Nayyar, who had been co-head of global leveraged finance at Morgan Stanley from 2006 to 2008 and before that a managing director in the leveraged finance group at Citigroup from 1997 to 2006.

Cyan Partners has sourced and invested in approximately $900 million of loans and other credits since its inception, according to a cached Web page. (The Web site domain appears to have been decommissioned.) The team, which Nayyar is bringing with him to MC Credit, will now operate as an affiliate of Moore Capital but will maintain its independence in making credit decisions, said a second person who was familiar with the arrangement.

MC Credit, like Cyan Partners, plans to focus on companies with $15 million to $75 million in EBITDA, primarily serving the North American market, with a strategy of growth capital through senior secured loans, with some second-lien loans, said the second person.

MC Credit plans to emphasize its proprietary origination for its investments, the first person said. The firm then will syndicate the loans to hedge funds or banks, the person said. While MC Credit will work with some sponsors, that is likely not to be core to the firm’s approach, the person said.

With a net worth estimated at $1.3 billion, Bacon ranks No. 347 on the Forbes 400 list, the magazine reported in March. Known as a green billionaire and conservationist, Bacon has set plans to donate a conservation easement on 90,000 acres of land in Trincherea Ranch in Colorado to the U.S. Fish and Wildlife Service.

The investment banking boutique Greenhill & Co. is acting as placement agent for the fund.

Michael Zimmerman, a senior managing director at Moore Capital, wouldn’t comment on the size of the commitment but did confirm that an entity affiliated with the hedge fund had made a commitment.

Steve Bills is a senior editor at Buyouts Magazine. Any opinions expressed here are entirely his own. Follow him on Twitter @Steve_Bills. Follow Buyouts tweets @Buyouts. For information on how to subscribe, contact Greg Winterton at greg.winterton@thomsonreuters.com. Additional reporting by David Toll and Steve Gelsi.