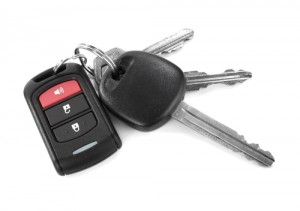 More and more endowments and foundations, overwhelmed with the job of managing complex portfolios in a volatile world, are outsourcing their investment functions to third-party money managers, according to an August white paper from the Commonfund Institute. The “outsourced CIO” trend has big implications for private equity firms, as money managers gain discretion over more assets.

All told, about one-third of non-profit institutions “have substantially” outsourced portfolio management, according to various sources cited in the paper, including a joint study by Commonfund and the National Association of College and University Business Officers. For U.S. colleges and universities the share that do so is estimated at 38 percent, for private foundations 38 percent, and for operating charities 30 percent. Commonfund Institute is the research arm of Wilton, Connecticut-based money management firm Commonfund, which manages more than $24 billion for nearly 1,500 institutions.

Outsourced CIO means different things to different investors. Typically, however, the endowment or foundation outsources every aspect of portfolio management to the money manager, from investment policy creation and review to setting allocation targets to picking managers to ongoing monitoring, rebalancing, risk management and reporting. Some clients maintain a degree of control of some or all of those functions — setting asset allocation targets, for example, but leaving the rest to the outsourced CIO provider.

Several factors lie behind the trend, which started with small endowments and foundations and is gradually moving up the size ladder, according to the paper. One has been the growing acceptance of private equity, hedge funds and other alternatives as a critical part of any investment portfolio; such investments require “much closer analysis, due diligence and ongoing monitoring,” according to the paper. “Volunteer boards and investment committees, meeting only four or five times a year, have been challenged to construct and monitor these complex portfolios, which have become the standard for many long-term investors.”

Many endowments and foundations also lack the staff to adequately build and monitor a top-notch investment portfolio. According to the paper, U.S. colleges and universities have an average of just 1.6 “full-time equivalent staff devoted to the investment function,” while the figure is 1.4 for private foundations and 1.4 for operating charities. Investment committees tend to have six to eight members. “However, only around half of investment committee members are investment professionals,” according to the paper.

Fees seem reasonable for outsourced CIO services. Typically a money manager would charge 30 to 100 basis points of AUM, on top of any investment management fees charged. However, prices vary. “Some providers may charge an incentive fee in addition to their base fee, and for specific mandates—alternative strategies, for instance—some may charge a premium,” the authors wrote.

This column first appeared on the website of sister magazine Buyouts.