Private equity firms have doubled down on hiring this year, while slightly bumping compensation for most investment professionals and paying top dollar for diverse talent.

Hiring on the rise

“In general, the amount of activity is dramatically more than last year given covid, but it’s quite possible that there will be even more hiring activity than 2019, which was the record year for us,” Goldstein said. “But that is also true, in general, across all private equity, including portfolio work and investment activity.”

Top candidates consistently have at least two other offers in front of them, and sometimes more—and the competition is even fiercer for divese candidates, according to Goldstein.

“Because there is so much capital flowing into the private equity space, and more funds — larger funds being raised, when our clients want to recruit people from one firm to another, they pay full market for those candidates,” he said.

“Private equity professionals, who are diverse by ethnicity and gender, are getting paid top dollar, because PE firms don’t want to lose them,” Goldstein said.

“We’ve seen people receive offers that are 50 percent to 100 percent greater than their current compensation to move from one firm to another, which is something we’ve never seen.”.

While this trend is positive it does not solve the lack of diverse representation in the PE community, Goldstein noted. 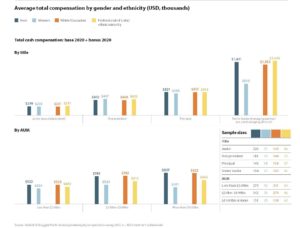 Compensation in private equity is holding strong and it’s a very tight market for employment, according to the report findings.

Slightly fewer respondents reported an increase in their bonus: 67 percent saw an increase in 2020, down from 77 percent in 2019. Most 2020 bonuses increased between 11 percent and 50 percent.

But according to Goldstein, while it looks like compensation is increasing, it actually is steady. Higher numbers are attributable to the fact that investment professionals are rising within the ranks and larger funds are being raised, he said. 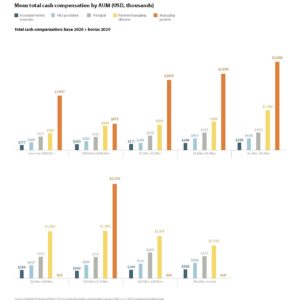