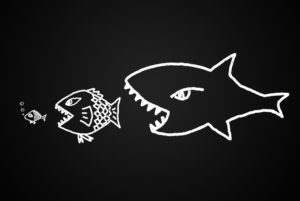 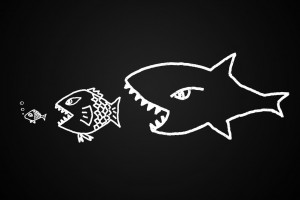 Monday saw a flurry of fresh mergers including a $5 billion all-stock bid by Actavis Inc. for Warner Chilcott plc, Yahoo Inc.’s $1.1 billion deal to buy blogging site Tumblr and a take-private transaction of Websense Inc.  by Vista Equity Partners that values the tech firm at $907 million.

Despite this action, more mergers and acquisitions under $500 million are being pursued by companies in 2013 while major tie-ups remain less frequent than expected even in the face of low interest rates and a need to find growth, analysts at Ernst & Young said.

According to the latest Ernst & Young Capital Confidence Barometer of U.S. executives, 87 percent of U.S. companies plan to pursue M&A deals under $500 million, up from 81 percent six months ago. The data was released on April 22.

“It’s a fantastic time to transact,” Steve  Krouskos, Ernst & Young’s global and Americas markets leader for transaction advisory services, said at a meeting with reporters on May 14.

Yet, memories of the 2008-2009 financial crisis and wariness of over-leveraging may be holding back deals, along with a more arduous due diligence process nowadays. While equity markets continue to touch new records this year on hopes for a sustained recovery, the M&A market is less confident.

“It’s a paradox,” Krouskos said. “There’s a feeling that there should be more deals, but there’s a hesitancy to step off.”

Companies are looking to carve out and sell non-core businesses to raise cash and hike margins, but these deals take time because of the complexity of breaking off units, he said.

Herb Engert, Americas leader of strategic growth markets, said the big club deals popular with sponsors prior to 2008 won’t be coming back. However, some of those older mega-deals are starting to unwind and may spark IPOs, or carve-out transactions, he said.

Engert noted that he is seeing strong interest in emerging markets from private equity firms for deals in Nigeria, Kenya and the Middle East.

While companies are flush with cash and may want to keep their powder dry, Krouskos said he’s been floating the idea to clients that risk aversion could actually create new risk. They could be missing opportunities to grow and outflank competitors during a time of available credit, he said.

“IPO windows open and close very quickly,” she said. “For now, the dominant players have been financial services and real estate investment trusts. Life sciences is starting to come back and that’s one of the best indicators of confidence.”

(This post has been updated to correct the spelling of Steve Krouskos).