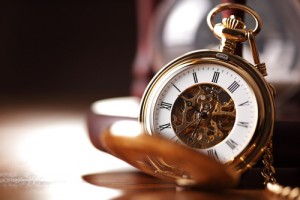 If you’ve ever daydreamed about buying a vintage Rolex Submariner, you’ve likely come across 1stdibs, an 11-year-old, New York-based company that sells high-end antiques online. But 1stdibs is far more familiar to the roughly 2,000 antique shops and art dealers who pay it to list their items. And in the last two years, it’s become even better known to some of the world’s best venture capital firms, including Benchmark Capital, Spark Capital, and Index Ventures. Indeed, as the Journal reported earlier today, the three outfits have given the company a collective $102 million over the last 19 months. (Benchmark invested a previously undisclosed $60 million in the company in March 2011; Spark just led a $42 million round, joined by Index.)

It’s an interesting deal for a number of reasons, aside from the somewhat startling sum of capital involved. First, as the Journal observed earlier, 1stdibs sells items like 19th century, Louis XVI-style Baccarat crystal chandeliers and Van Cleef & Arpels penguin brooches from 1990. In short, not only is 1stdibs selling the type of pricey items that people have historically wanted to inspect in person, but its market would seem to be finite — at least compared with the reach of many other e-commerce companies, including the sprawling platform eBay.

More, the site’s longtime owners have already made a killing off the funding. The Journal reports that founder Michael Bruno collected roughly $20 million when Benchmark invested and that co-owner William Holloway “pocketed the rest.” But Bruno still remains the company’s largest shareholder, suggesting that its venture backers were willing to bend over backwards to get this deal. (Indeed, the Journal reports that Accel backed away from an earlier chance to fund the company, but a source close to 1stdibs insists the account is inaccurate and that Benchmark outmaneuvered Accel last year.)

So what’s so compelling about this particular company?

Spark Capital cofounder Todd Dagres points to 1stdibs’ potential market opportunity, which he describes as far from finite. In fact, he argues that only 8 percent of the sales of antique furniture, jewelry, art, and clothing (all of which are available on 1stdibs.com) happens online today. And he expects that figure to “triple” within the “next few years.”

Dagres also points to David Rosenblatt, who previously ran the online advertising firm DoubleClick and who was brought in by Benchmark to be 1stdibs’ CEO last year.

Dagres insists, too, that 1stdibs can wring out plenty of profit simply by injecting better technology and business mechanisms into the process. “Today, we connect buyers and sellers and they transact offline and handle most things themselves, so all these [dealers] have to be experts in logistics and payments,” Dagres says. “So there’s a lot of opportunity in simply adding services that facilitate the whole process.”

Whether it’s collectively enough to produce the home run that Benchmark, Spark, and Index are clearly expecting is the big question. No is talking about profitability or the company’s valuation at this point. But Dagres says the company, which employs about 100 people, has a “healthy balance sheet.” Meanwhile, 1stdibs, which saw sales of $500 million last year, says it expects sell more than $650 million in goods by 2012’s end.

I don’t know why I’m so fascinated by 1stdibs (likely it’s because I want half of what’s listed at the site). But to learn even more about its future plans and what it’s planning to do with all that fresh capital, I also talked today with the company’s chief marketing officer Adam Karp. Read on if you’re curious to know more:

What percentage of each sale do you take?

Right now, we don’t take a percentage of sales. It’s a listing model; dealers pay monthly subscription fees and per item posting fees. We don’t disclose what those fees are, but I can tell you that [when it comes to] transactions, a buyer pays a premium of 20%, so if an item costs a thousand dollars, the buyer pays $1,200.

How many new items do you list every day?

Who curates these things?

First of all, it’s important that we work with the best dealers in the world. They are our first level of curation and that’s really important to us. We take a lot of time ensuring that they are right for the site. Then to supplement that, we do have a team of people who work to curate parts of the site.

From a category standpoint, décor is the most popular. From a style standpoint, it changes all the time. Right now, midcentury modern is very popular. But it depends on geography, and of course, styles change. Also, seasonally — around the holidays — you’ll start to see things like jewelry move.

Who are your best customers? Affluent consumers? Auction houses?

Auction houses [wouldn’t shop at the site], but we do have museums that buy from us. We also have a large trade base of interior decorators who source for affluent individuals. Then we have consumers themselves who buy from us and who tend to be people with both disposable income and who care about design and provenance; they want something beautiful and unique.

How long can an item remain on the site? Is there a limit to create a sense of urgency? I’ve noticed “events,” such as a woman’s collection of YSL Rive Gauche blouses that went on sale in March.

There’s no limit, but items can go pretty quickly. The urgency is that they are unique. As for collections, it depends [how long they are listed]. We work with dealers and one collection sold out within 15 minutes; someone bought the entire collection and sold it to a museum.

What are you going to do with all that funding? I know you acquired a U.K.-based company last fall. Is more aggressive M&A part of the strategy?

It’ll be a combination of things. We’re always looking for ways we can make the buying experience better, so we’re investing in technology and marketing and customer service for our dealers — so not just M&A but also improving the overall experience and developing the right tools. And international expansion [should come later] either through acquisition or just bringing dealers [around the globe] on board.