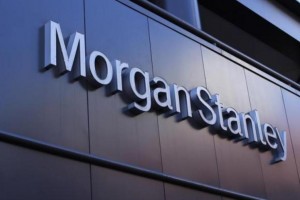 Unlike most of its rivals, Morgan Stanley has been building its private equity business using structures that are subject to the Volcker rule, which restricts the amount of money a bank and its employees can contribute to such funds. This, in turn, limits their profit-sharing and, some would argue, their alignment with investors’ interests.

For Morgan Stanley, the sixth biggest U.S. bank by assets, putting less capital into private equity funds makes sense, people familiar with the bank’s strategy said. Under Chief Executive James Gorman, 56, managing clients’ wealth has replaced businesses like bond trading and principal investing as the prime supplier of profits. Collecting steady fees without risking much money is more aligned with Gorman’s goals than investing alongside clients with the potential of bigger rewards.

“The private equity business is the best business model in financial services, hands down,” said Chris Kotowski, an analyst with Oppenheimer & Co, who covers banks and private equity firms. “People think of it as a risky business but it’s not really. Come hell or high water, you’re going to collect your base management fee.”

[contextly_sidebar id=”UrRxoGeN8JyAHjA7GiA41OJ920axlS8S”]This year, Morgan Stanley has been tapping its network of institutional and individual investors to raise several new funds. In addition to a $1.7 billion Asia-focused private equity fund the bank closed in July, it’s also trying to raise $4 billion for a global infrastructure fund, $2.5 billion for a global real estate fund, and $1 billion for a credit fund, according to people familiar with the matter.

Reuters has learned the bank is also considering raising another global private equity fund whose target size has not yet been determined, according to the people, who spoke on the condition of anonymity. It would be the first such private equity fund Morgan Stanley has raised since 2008.

“As the return goes to zero you’re still solidly profitable but you have nice upside when things work out,” Kotowski said. “It’s great work if you can get it.”

Morgan Stanley declined to comment on its private equity plans.

Attracting institutional investors has become more difficult because the Volcker rule caps U.S. banks’ and their staff’s investments in private equity funds at 3 percent. That has made some big investors less inclined to invest in funds housed within banks, because they prefer managers that have more “skin in the game.”

The rule, part of the 2010 Dodd-Frank financial reform act, has led many of Morgan Stanley’s U.S. competitors to exit private equity funds or raise money outside of a fund structure.

Even as it stuck with the private equity business, Morgan Stanley had to make changes to mitigate the rule’s effect. For example, the bank now shares more of the performance fees it receives with its staff, Reuters first reported in 2012.

Building the business will help the bank attain a firm-wide return-on-equity target of at least 10 percent that Gorman has set.

That goal has been difficult to meet because of new capital requirements that are punitive to a big book of fixed-income assets Morgan Stanley is now winding down.

Last year, Morgan Stanley’s return on average common equity was 5 percent, excluding an accounting oddity known as debt valuation adjustments. In the first six months of this year it’s risen to 9.5 percent. Investment management had the highest return-on-equity of any business, at 17.7 percent, and the bank is aiming to bring that up to 20 percent.

Merchant banking and real estate investing – Morgan Stanley’s formal name for the business that includes private equity funds – accounts for about 10 percent of the $396 billion in assets under management in Morgan Stanley’s investment-management business.

Most of those funds were raised before the financial crisis, and before Morgan Stanley had acquired the Smith Barney business from Citigroup Inc, making it the world’s largest wealth management platform by brokerage force.

Individual investor money has historically accounted for between 8 percent and 30 percent of funds Morgan Stanley has raised, according to a person familiar with the matter. The portion could go higher, but it is unlikely that a private equity fund will have more than half of its dollars coming from individuals, this person said.

To be sure, Morgan Stanley’s wealth management unit has an “open architecture” platform – meaning its brokers and private bankers are prohibited from prodding clients to buy Morgan Stanley products over others. Still, the business touches scores of millionaires and family offices across the U.S., giving it an in-house network of potential investors that is unparalleled in private equity fund-raising.

Morgan Stanley’s business plan differs from its closest rival, Goldman Sachs, whose strategy still largely centers on putting capital to work in trades, loans and investments. Goldman executives have said they are committed to the same trading businesses that Morgan Stanley is de-emphasizing, and that they have no plans to scale back.

Goldman has a fairly consistent track record of putting capital to work in lucrative ways – including its mortgage bets leading up to and out of the financial crisis, its presence as a market-maker in early 2009 when most competitors were still reeling from the crisis and its lucrative principal investments including its role in the buyout of discount retailer Dollar General Inc. Its top management comes from the trading business and its risk-management division is known to have greater sway internally than its traders.

Morgan Stanley, on the other hand, was known for having a muddled strategy under chaotic management teams before Gorman took over, and for playing catch-up to Goldman in the approach to the financial crisis. Under Gorman, who fortified his career in Merrill Lynch’s retail brokerage, the bank has been working to de-risk its businesses and focus on steadier revenue streams.

Goldman has kept the fund model for some of its private funds under Volcker, such as a new infrastructure fund it is considering raising, Reuters reported last week.

Yet in other areas, it has raised money from investors to perform individual deals outside of a fund structure, through a business development company called Liberty Harbor, or by using individual investor accounts. It is also using its own balance sheet to do private equity deals and then syndicate some of the equity to investors.

Morgan Stanley’s merchant banking and real estate investing business delivered $559 million worth of net revenue in the first six months of this year, up 12 percent from $498 million in the same period of 2013.

The investment management division it sits inside of is the smallest of Morgan Stanley’s three major business units. It brings in about one-fifth of the revenue that institutional securities or wealth management does. It also delivers the highest returns and profit margins, and is the only one that already meets Gorman’s expense target. Its main task now is to grow.

Gregory Fleming, 51, who heads both investment management and wealth management for Morgan Stanley, has set a target of $500 billion in assets.

“The most important benchmark in an investment management business I say again and again, (is) performance,” Fleming said at a conference in February. “If you perform, existing clients will give you more money to manage and you will bring in new clients across merchant banking and real estate.”

Performance is on Morgan Stanley’s side as it goes about raising new funds.

According to Preqin, a market research firm, four of its five funds in the private equity area are in the top 25 percent of performers; the fifth is in the second quartile. Its overall performance is behind just four other private equity firms globally.

Morgan Stanley’s most recent global private equity fund has posted gross returns of 27 percent, according to a person familiar with its performance. Similarly, its mezzanine credit fund has gross returns of 20 percent since inception, which is much better than the average fund, this person said.