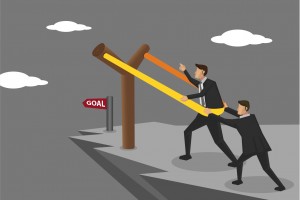 That’s according to a survey of investors and GPs conducted by Palico SAS, which operates an online marketplace for the PE fund community. More than half, or 55 percent, of GPs questioned think LPs are overly optimistic. In addition, nearly two-thirds, or 71 percent, of investors also believe LPs expect too much from GPs, the study said.

Palico, however, said the impression held by LPs and GPs is wrong. When specifically questioned what their return expectations are, only a minority, 33 percent, of LPs think returns will rise. On the other hand, nearly two-thirds, or 65 percent, of GPs believe PE returns will increase, at least modestly, from their current levels over the next three to five years.

“LPs definitely don’t have on the rose-tinted glasses that most professionals — investors and fund managers alike — think they do,” said David Lanchner, spokesman for Palico, which has offices in New York and Paris.

Brian Rich, co-founder and managing partner of Catalyst Investors, also doesn’t think LPs are unrealistic. He said he’s heard “numerous times” from LPs that boards are mandating them to achieve unrealistically high returns versus the public markets and risk-free returns of a similar duration. “Not surprising as PE has outperformed the risk-adjusted market returns over the long term,” Rich said in an email. “This puts pressure on [LPs] to have such expectations or to increase their portfolio’s percentage of PE.”

LPs and GPs did share some beliefs. About 40 percent of each group, LPs and GPs, think prices for PE assets are “unreasonably high.” Nearly half, or 49 percent, of LPs believe purchase-price multiples will fall over the next 18 months. Fifty-one percent of GPs agree with that sentiment, Palico said.

Most LPs surveyed, 67 percent, believe the falling euro makes Europe a highly attractive investment opportunity. Roughly half, or 51 percent, of GPs agree, while 49 percent of GPs said now is not the time to invest in Europe.

On the regulatory front, more than one-third, or 38 percent, of GPs think lifting regulatory hurdles on highly leveraged lending would boost PE-backed acquisitions with attractive long-term prospects. Only 31 percent of LPs agreed with that sentiment, Palico said.

CORRECTION: A prior version of this story said the name of the firm responsible for the study was Palico Global. That is incorrect. It is Palico SAS. The story has been changed.