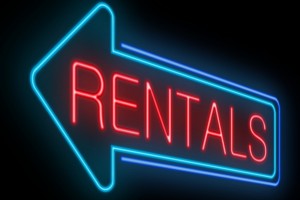 Two-thirds of the New York City listings on Airbnb, a popular online home rental marketplace, could be illegal, the state attorney general said on Monday in his latest move investigating the venture.

State law forbids subletting apartments for fewer than 30 days if residents are not present, yet 64 percent of Airbnb listings offer entire apartments and nearly all have minimum stays of less than a month, Attorney General Eric Schneiderman’s office said in a court filing.

“Airbnb is simply looking out for its bottom line at the expense of a law that protects quality of life for building residents and safety for tourists,” Attorney General spokesman Matt Mittenthal said in an emailed statement.

Airbnb promotes itself as a service that offers reasonably priced accommodations for visitors in nearly 200 countries. The apartment hosts, as they are called, can enjoy the extra income to pay bills or fund a vacation, it says on its website.

Airbnb has become one of Silicon Valley’s most successful start-ups in the five years since its founding. A group led by private equity firm TPG Capital Management LP agreed on Friday to invest $450 million in the company, valuing it at $10 billion, or more than either Hyatt Hotels Corp or Wyndham Worldwide Corp.

The affidavit noted its analysis was not complete, as it had to collect data from Airbnb’s public website as opposed to the company’s private databases.

Schneiderman’s office first demanded in August that the company turn over records of all Airbnb hosts in New York state. Prosecutors issued a subpoena in October after failing to obtain the records, despite several rounds of negotiations with Airbnb lawyers. Airbnb then went to court to block the subpoena.

Prosecutors and attorneys for Airbnb are scheduled to appear in court in Albany, New York, on Tuesday.

“If the Attorney General was really interested in going after a few individuals, he’d do a real investigation,” Airbnb spokesman Nick Papas said in an emailed statement. “Instead, he’s targeting thousands of regular New Yorkers.

“The New York Attorney General continues to say one thing and do another,” he said.

(Reporting by Curtis Skinner in New York and Supriya Kurane in Bangalore; Editing by Ellen Wulfhorst and Jan Paschal)