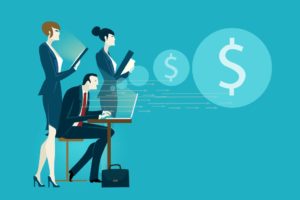 The vast majority of private equity firms will focus on acquiring new companies in the next six months, according to the findings of the Fall 2020 DealCloud Dealmaker Pulse Survey of PE executives.

In terms of deal origination, half of the respondents believe that in the next six months deal flow will come from founder sales, while 21 percent said new activity will be driven by recapitalizations. About 11 percent and 10 percent of PE executives expect that corporate carve-outs and sponsor sales will be responsible for deal activity, respectively.

Approximately 70 percent of respondents said that new platform M&A will be in focus, while 15 percent said they will prioritize working with their portfolio to improve operations.

Looking back, about 37 percent of respondents said that they closed on a mix of add-ons and platform investments in the past six months, while 30 percent said they haven’t closed on any deals.

“Clearly, investors are eager to deploy dry powder, but questions remain about who is able to close deals in this environment,” Chris Gaffney, co-founder and managing partner of Great Hill Partners, a growth-oriented private equity firm, said in the statement shared with the survey results.

“Many firms are finding ways to close deals even as business development teams remain grounded, suggesting that the relationship cultivation that has traditionally taken place face-to-face has become increasingly reliant on technology over the past six months,” Gaffney said.

The number one concern for the PE community in the next six months, however, is the irrational prices and increased competition, the survey finds. The number two and three issues that the executives foresee are: the lack of attractive businesses to buy and the prevailing attention of investors in supporting their existing portfolio.

“As private capital fundraising slows and capital concentration increases, competition for both capital and partnerships has intensified,” Ben Harrison, founder of DealCloud, said in the published survey results.

“The effects of covid-19 are forcing capital markets firms to invest in third-party and proprietary data to act quickly and decisively instead of being hindered by slow, labor-intensive processes and outdated workflows.”

According to the survey’s respondent demographics breakdown, most of the DealCloud respondents work at smaller-sized PE firms that employ 25 or fewer professionals. Nearly half of the respondents are partners and managing directors at the firms, while about 20 percent have principal or director titles.

DealCloud, an Intapp company, says it provides a single-source deal-, relationship- and firm-management platform to enable more than 900 clients to power their dealmaking process from strategy to origination to execution.