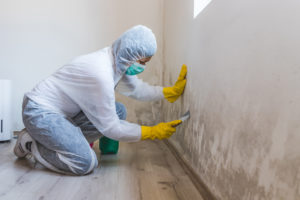 MPK Equity Partners acquired a home services franchise amid coronavirus to leverage the recession-resistant nature of the sector, a source told PE Hub.

The three entities own a combined 98 percent equity stake in Restoration 1, a property restoration company, and its sister brand Bluefrog Plumbing + Drain, a plumbing franchise.

The PE firm, which closed the all-equity deal in late April, is seeking to grow the platform with additional home services and plumbing acquisitions – an area it believes is insulated from the economic downturn, according to the source.

The acquired company performs emergency services such as sewer cleanup, pipe repairs and fire, water and mold damage. Given that most of these tasks require protective gear, the restoration team more recently started offering disinfecting services to service covid-19-related demand.

Thus, while some deal conversations were put on hold after the crisis surfaced, the new environment benefited Restoration 1, the source explained.

MPK began negotiating a potential deal last fall after meeting with Gary Findley, CEO of Restoration 1 and Bluefrog. The company’s absentee owner ultimately agreed to its sale to the three parties, the source said.

The Dallas, Texas-based PE firm, which now holds board representation at the company, completed its due diligence by mid-March and wrapped up legal documentation in quarantine.

Although MPK sourced and led the deal, the press release earlier this week incorrectly included Princeton Equity Group as a strategic investor, according to the anonymous source.

Princeton, a PE firm investing in businesses with more than $100 million revenue, did not immediately return a request for comment. Doug Kennealey, a managing partner at Princeton, also is the co-founder of MPK.