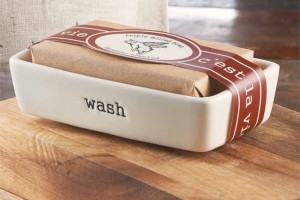 Many times private equity firms provide an exit for entrepreneurs who don’t have anyone to take over their businesses. But the situation with Mud Pie LLC shows it’s possible to get your company back from private equity.

Marcia Miller, Mud Pie’s founder and CEO, “owns all of the company,” said Craig Gibson, a TM Capital MD and head of the firm’s Consumer Products and Marketing Services group. TM Capital, an investment bank known for its consumer deals (they sold Tate’s Bake Shop to The Riverside Company last year) advised Mud Pie on the buy back.

TM Capital conducted an auction to replace Lineage. There was a “healthy” amount of interest from other PE firms, Gibson said. They also considered family offices, which typically have a longer hold period, Gibson said. TM was able to structure a “recap at debt levels that were comfortable” for Miller to buy back the Lineage stake.

In 2010, Miller wanted to diversify and “take some chips off the table,” Gibson said. Miller sold a minority holding in the company to Lineage. The Boston private equity firm invests in lower middle market businesses with EBITDA of $4 million or more, the Lineage website said. TM Capital advised Mud Pie on the 2010 sale.

Lineage helped Miller “dramatically grow” Mud Pie. The company’s EBITDA has doubled since 2010, Gibson said. It was not clear how much revenue the company produces.

Lineage chose to sell its the stake because “it was at the end of its natural investment horizon,” Gibson said.

The PE firm has one fund which raised $160 million in 2005, according to Pitchbook. It’s not clear if Lineage is out fundraising for a second pool. Performance data for Lineage Fund I was not available.

Miller and Lineage did not return calls for comment.