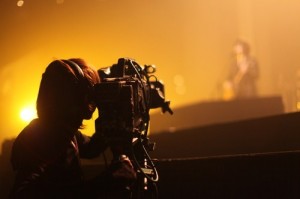 MONTREAL, July 11, 2013 /CNW Telbec/ – The Quebec Culture Capital Fund (QCCF) is pleased to announce an investment of $5 million into the Muse International Television Fund, a fund of $ 6.25 million dedicated to the acquisition of rights for the international distribution of Muse Entertainment’s original productions.. The fund will enable the Quebec company to expand internationally and will help the distribution of “Played,” an original television series, which has been licensed by CTV to broadcast this Fall in Canada.

“Our investment in the Muse International Television Fund completely fits the mission of the Quebec Culture Capital Fund (QCCF), which is to support the growth of cultural businesses and the development of their projects on the international scene”, says President and CEO of the SODEC and QCCF Interim Chairman, Mr. François Macerola. “Such financial commitments also demonstrate our dedication to job creation and the growth of the economy. We are very pleased to contribute to the consolidation and development of a leading Quebec company in the international market place,” adds Robert Charpentier, the FCCQ acting General Director.

“Muse Entertainment is pleased and proud of the FCCQ’s decision to share in our mission to export our productions on an international scale. Our first project is the series about undercover police agents, “Played.” The dramatic series is scheduled for broadcast on CTV on September 26, 2013 and broadcast worldwide in January 2014,” says Mr. Michael Prupas, President and Founder of Muse Entertainment Enterprises Inc.

About the Quebec Culture Capital Fund
The Quebec Culture Capital Fund (QCCF) arose from the Quebec government’s desire to support the development of large-scale cultural projects. The creation of this venture capital fund was announced in the 2011 provincial budget and the official launch followed in November of that same year. Endowed with a $100 million budget provided by the Government of Quebec ($60 million) through Société de développement des entreprises culturelles (SODEC) and by its partner, Fonds de solidarité FTQ, the fund looks to make profitable investments in large-scale cultural projects destined for export, notably live show production, book publishing and the purchase and sale of publishing rights, film and television production, cross-platform production, sound recording and the purchase and sale of catalogues, as well as interactive digital and video game production.

About Muse Entertainment Enterprises Inc.
Founded in June 1998, Muse today employs some of the country’s best film and television producers, talent and crews. A Canadian leader and one of the most active companies on an international scale in the field of international co-productions, Muse is widely recognized for its high-quality film and television productions with strong global appeal. Since its creation, Muse has produced, co-produced and provided production services for over 175 television movies and mini-series, TV series and feature films. The company has received 299 nominations and 95 awards, including 14 nominations for Emmy© Awards, of which it won five. Headquartered in Montréal, Muse has development and production offices in Toronto and Los Angeles.

For more information on Muse Entertainment Enterprises, visit their website at : www.muse.ca