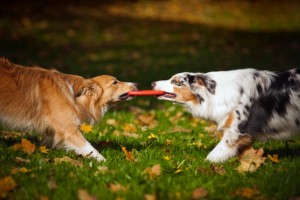 Some big changes are afoot at Spanish firm N+1 Mercapital, where chief executive officer Javier Loizaga has resigned, though he remains a partner and shareholder, according to a letter from the firm to its investors seen by peHUB.

Loizaga made his decision after a disagreement arose between him and the rest of the partners at N+1 Mercapital over the amount of resources to commit to raising local funds in Latin America, the letter said.

Specifically, launching an investment vehicle in Brazil was going to require a bigger investment than anticipated to recruit a dedicated team and pay its expenses until first closing, N+1 Mercapital said in a written statement Tuesday. Loizaga wanted to incur the extra cost while the other partners did not, the firm wrote. The other partners thought the firm should focus on raising the firm’s flagship fund.

“As a result, Javier decided not to be the leader of the team that will be raising the Spanish International Growth Private Equity Fund,” the letter said. Loizaga’s main role will be to continue supporting the business in Latin America, “with an emphasis on monitoring and exiting from the portfolio companies” of Mercapital’s prior fund, a €550 million pool that closed in 2006.

Loizaga’s resignation comes a few months after a report in trade magazine Real Deals that the firm was planning to launch a Brazilian fund in partnership with a local institution that could target around $400 million. The article, published in August, said the fundraising hadn’t yet begun. The merged firm was expected to raise its first fund this year, according to a statement at the time of the merger.

There is no specific timeframe for launching the debut fund, the firm wrote in the statement.

“The timing of the fundraising of the successor fund will depend on the market environment” and completing some planned exits, which are not expected to finish before the second half of 2014, the firm said.

The rest of N+1 Mercapital’s team remains the same, the firm said, and the strategy – that of investing in Spanish companies and helping them expand internationally – mainly into Latin America – remains unchanged, the letter said.