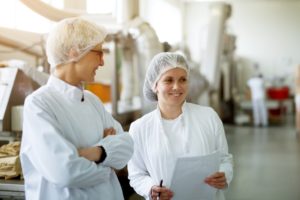 French private equity group ArchiMed has clinched a deal for NAMSA, a privately held provider of medical device services, according to several people familiar with the matter.

The transaction, expected to close in September, is valued at approximately $450 million, according to multiple sources. However, one additional source placed the deal’s value within the range of $350 million to $400 million.

ArchiMed is set to take a majority position in NAMSA, while existing management will roll an approximately 20 percent stake, some of the people said.

Long in the works, Edgemont Partners originally launched a process targeting the private equity community in November, PE Hub previously wrote. Ahead of the process the Toledo, Ohio, company was approached by interested strategic suitors, sources said at the time.

The family-led company initially had an estimated $33 million in adjusted EBITDA and just north of $190 million in revenue for its fiscal year 2020, ending October 31, the people said. NAMSA’s fiscal 2019 EBITDA landed at approximately $25 million, they said.

Initial bids for the company were fielded before Christmas, and management meetings were held in January. NAMSA entered into exclusivity and a deal was nearly signed in March, when covid-19 uncertainty ground to a halt the process and negotiations with the private equity buyer, sources said. The process picked up again over the summer, following which a second private equity bidder entered into exclusivity, they said.

Ultimately, the company saw minor impact from covid-19, performing well through the crisis, one source noted.

Finalists in the process were asked to provide a full equity backstop, under which the sponsor commits to underwrite the full purchase price with equity, with the ability to obtain financing later.

NAMSA, founded by Dr. Theodore Gorski in 1967 as Science Associates, is led by CEO and President John Gorski.

The privately held company offers various services that accelerate the development of medical devices from pre-clinical phases through commercialization. Over the years, NAMSA has transformed beyond its initial focus on pre-clinical testing services, expanding into traditional contract research organization services offered during products’ clinical phase.

About half of NAMSA’s business is now on the CRO side, which includes clinical research services and regulatory and compliance consulting, one of the sources previously told PE Hub.

NAMSA also characterizes itself as a medical research organization, or MRO, which refers to services offered to address the inefficiencies in and between development steps.

In May the firm invested in ActiGraph, which makes wearable, remote monitoring technology for academic studies and drug trials.

While NAMSA serves medical device companies, activity involving providers of services on the pharma and biotech side remains robust.

Elsewhere, Precision Medical Group, backed by Berkshire Partners and TPG Growth, is up for sale, PE Hub wrote earlier this month. There’s also ProPharma Group, a Linden Capital portfolio company, whose process is in the late phases after relaunching its auction this summer.