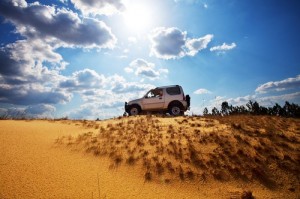 Burlington, Ontario-based National 4 Wheel Drive, a retailer of aftermarket parts and accessories for trucks, jeeps and SUVs in Canada, was bought by Transamerican Auto Parts Co. LLC, which operates in the same sector. Financial terms of the acquisition were not disclosed. Compton, Calif.-based Transamerican is a portfolio investment of U.S. private equity firm Irving Place Capital, which acquired the company in 2005.

Transamerican Auto Parts and its affiliated entities (collectively, “Transamerican”) are pleased to announce the acquisition of the National 4 Wheel Drive chain of retail stores (“National 4WD”) located in Canada. Founded in 1985, and headquartered in Burlington, Ontario, National 4WD is Canada’s leading retailer of aftermarket parts and accessories for trucks, Jeeps, and SUVs. National 4WD has retail stores in New Brunswick, Quebec, Ontario, and Alberta, and has associated stores in various other provinces throughout Canada. The terms of the acquisition were not disclosed.

“We are thrilled about the acquisition,” says Mr. Harvey. “Since 1961, Transamerican has been a household name in the aftermarket parts industry and a pioneer in the development and expansion of off-roading worldwide. The experience and resources they bring to the table will be instrumental in growing our business across the country.”

“Everyone at Transamerican is excited not only about the tremendous growth potential this acquisition affords, but also about the prospect of seizing upon the various synergies between the two companies,” says Greg Adler, President and CEO of Transamerican Auto Parts. “National 4WD has a proven history and a genuine passion for its customers. It will be a fantastic addition to the Transamerican family.”

Since 1961, Transamerican has been a leading manufacturer, wholesaler, and retailer of aftermarket parts and accessories for light trucks, Jeeps, sport utility vehicles, and other four-wheel drive vehicles. Under its 4 Wheel Parts and 4 Wheel Parts Performance Center names, Transamerican offers tires and wheels, suspension systems, drive trains, accessories, and other products at 59 retail locations across 17 states.

The company also sells these products to over 4,000 wholesale customers, including specialty auto parts stores, tire and wheel stores, repair and garage shops, internet retailers and jobbers under the Transamerican Wholesale name. Under the 4 Wheel Parts Wholesalers name, it retails to numerous other consumers and businesses through mail order and internet operations. In addition, the company operates a manufacturing business that sells tires and wheels, suspension systems and accessories under the Pro Comp and Smittybilt brand names, both through its own distribution channels as well as through third parties.

Founded in 1985, National 4WD is Canada’s recognized leader in aftermarket four-wheel drive and truck accessories. National 4WD has stores in New Brunswick, Quebec, Ontario, and Alberta, as well as associated stores in various other provinces across Canada. National 4WD sells its products not only through these retail locations, but also through its catalogue and website. More information about National 4WD is available at its website.

Transamerican was advised by Cassels, Brock & Blackwell, LLP and by its General Counsel, Darren M. Salvin in connection with the transaction. National 4WD was advised by Simpson & Rich, LLP.