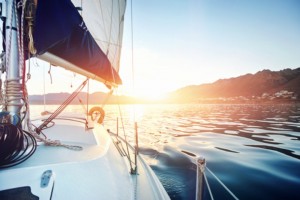 Nautic Partners is on track to hit the $900 million hard cap on its eighth fund, which has been in market targeting $800 million, according to two limited partners with knowledge of the firm, as well as a filing with the SEC.

Fund VIII, which officially launched in November, has demand in excess of $1 billion, one of the LPs said. Some LPs are being cut back or left out of the fund, sources said. Fund VIII could hold a final close in January, sources said.

Mercury Capital Advisors is working as placement agent on the fundraising.

A spokesman for Nautic did not respond to a request for comment.

Fund VIII is charging a 2 percent management fee on commitments that steps down to 1.65 percent on invested capital after the investment period. The fund has a 10-year life with three one-year extensions with LP majority consent.

One hundred percent of director, transaction, break-up, advisory and other similar fees are being shared with LPs to offset the management fee, according to the Cliffwater investment report.

Nautic uses the European-style waterfall carried interest distribution structure, which generally means all commitments or in some cases all contributions must be paid back to LPs, plus an 8 percent preferred return, before the GP starts to collect carry. Nautic is kicking in a $40 million GP commitment to Fund VIII, according to an investment report prepared for the Rhode Island Treasury by consultant Cliffwater.

Nautic’s previous fund took about two years to raise and came in well under its original $800 million target. Fund VII raised a total of $530 million, the Cliffwater report said. (It isn’t clear how much of that amount came from the GP).

Fund VII produced a 102.5 percent net internal rate of return and a 1.44x net multiple as of June 30, 2015, according to alternative assets data provider Bison.

“They completely turned it around,” said one of the LPs.

Nautic invests in middle-market companies in healthcare, industrial products and outsourced services. The firm went through a rocky patch before picking up performance. Fund VI, a 2007 vintage that raised about $800 million, was a weak performer for a while. It generated a .99x investment multiple and a 0.5 percent IRR as of December 31, 2011, according to the New York City Employees’ Retirement System. Fast forward to June 30 of 2015 and Fund VI produced a 16.4 percent net IRR and a 2.12x multiple, according to Bison, citing data from the Texas County & District Retirement System.

The performance on Fund VI ranked it “in or near the first quartile on both net IRR and net total value paid in multiples,” according to Cliffwater.

Fund IV from 1999 is Nautic’s most challenged fund, because of its exposure to telecommunications, according to the Cliffwater report. Nautic no longer invests in that industry, the report said. Fund IV, officially known as Chisholm Partners IV, generated a 0.72 percent IRR and a 1.06x multiple as of June 30, 2015, Bison reported.

Nautic traces its roots back to Fleet Equity Partners, which was formed in 1986 to invest from the balance sheet of Fleet Bank before raising external funds. Nautic is managed by Habib Gorgi, Bernard Buonanno and Scott Hilinski, according to Nautic’s Form ADV.