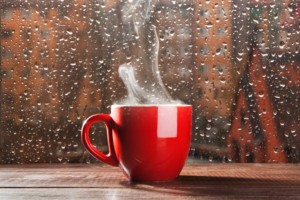 Reminder: Only a few days left to get in your Deal of the Year submissions. Deadline is Monday, Feb. 10. I’ve been getting a steady flow of submissions so far. Don’t forget we added a Secondaries Deal of the Year category as well, so if you had a great secondaries deal last year, send it over. Go here for more information.

Send me your submissions at cwitkowsky@buyoutsinsider.com.

Exit: Apax Partners is selling its stake in Engineering Group to Bain Capital in a deal that values the IT services company at more than 1.6 billion euros, writes Milana Vinn on PE Hub. NB Renaissance also is selling stakes, but will also invest new equity in company alongside Bain, the story said.

PE grows: Interesting piece on WSJ this week from the inimitable Dawn Lim on the rise of private equity for the masses. She writes that Vanguard Group is launching a private equity fund for its institutional-level and high net worth clients.

HarbourVest Partners will manage the fund, which is expected to raise hundreds of millions, the story said. Check it out here.

Vanguard has tried to break into private equity before, but wasn’t able to hit fundraising targets after the dot-com bust. The company over the past year named Francis Kinniry to lead private investing, the article said.

Vanguard’s founder, the late Jack Bogle, once wrote: “Successful investing doesn’t require sophistication and complexity; all that’s necessary is a healthy dose of common sense,” according to Bloomberg. He was talking about regular people investing for retirement, rather than institutions or even wealthy folks.

The move makes sense for Vanguard as it relates to the company’s institutional clients, who apparently have been asking for such a product, according to the article. The company manages around $1.6 trillion for institutions, with around $50 billion managed through its advisory platform, the story said. The fund will be offered first to institutions like endowments and foundations, then to wealthy clients.

Ultimately, depending on potential changes in SEC regulations, the company could offer the product to more individuals’ portfolios, the story said.
What do you think about this offering? What does this mean for the future of private equity? Email me here.

Have a great day! Reach me with good tips n’ feedback at cwitkowsky@buyoutsinsider.com, on Twitter or find me on LinkedIn.