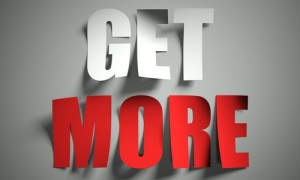 If you thought we might see a slowdown in the private equity secondary market in 2013, you probably don’t work for a pension fund, bank or insurance company. According to the private equity data provider Preqin, which just finished interviewing roughly 40 institutional investors worldwide, fully 98 percent of them said they expect to see as much if not more activity on the secondary market than last year.

That has to be very encouraging news to some of the biggest secondary funds, which already had a very strong 2012. Indeed, according to Preqin, secondaries funds secured $21 billion in capital commitments last year — almost double the amount that secondaries funds rounded up in 2011. More, a smaller number of funds closed last year, meaning LPs are funneling more of their money toward fewer managers. AXA Private Equity, most notably, raised $7.10 billion last year; it closed its previous fund with $2.85 billion. Its original target, incidentally, was $3.1 billion.

For funds like AXA, the future only looks brighter, too, with many LPs telling Preqin they’ll continue using the secondary market owing to a variety of reasons, from regulatory pressure to the need to streamline their PE portfolios to wanting to rebalance their holdings. Fifteen percent of those surveyed even went so far as to characterize the secondary market as a “core” piece of their PE portfolio. And another 38 percent of LP respondents indicated that they’re getting to the same point.

Meanwhile, Prequin says it has specifically identified 444 institutional investors that say they may buy fund interest in PE and private real estate funds over the next 24 months.

For more information about who is selling what, the full report is worth reading, but among the most notable highlights:

* Two thirds of the investors Preqin interviewed said the chance to buy fund interests at a discount to NAV is among their motivations for buying assets on the secondary market. Two years ago, just 50 percent of investors said opportunities to buy discounted assets was among their motivations for buying on the secondary market.