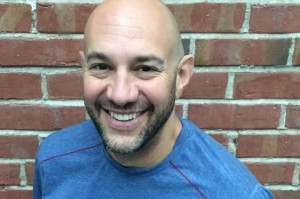 Brad Nathan, president of Lynx Equity, says he launched his Toronto-based private equity firm in 2007 because he “has always been interested in owning small businesses.”

Nine years on, that ambition appears to have been fulfilled. Lynx’s portfolio comprises many such companies: 40 to be exact.

Lynx-held companies, located across North America, vary widely by industry, including everything from a Canadian chain of children’s hair salons to a maker of fashion jewelry in Longmont, Colorado. The one thing they have in common is prior owners who sold to Lynx to manage their succession plans.

Nathan founded Lynx to acquire family-owned mid-market businesses, typically with EBITDA of $500,000 to $2 million. Lynx buys 100 percent of a company’s equity, often with transition arrangements in place for retiring owners who wish to stay onboard.

Unlike other PE investors, which generally own portfolio investments for three to five years, Lynx is prepared to hold onto its assets indefinitely.

“Lynx’s strategy is a buy-and-hold strategy,” Nathan told PE Hub Canada. “We’re not here to flip, but to make money running a business over time. Why sell a good company if you don’t have to?” 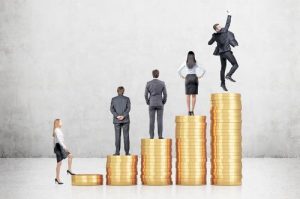 Lynx finances its deals in a novel way. Instead of relying on a conventional limited partnership model, the firm taps loans provided chiefly by high net worth investors. Lynx issues high-yield debentures to investors for up to five years, entitling them to an annual return of 7 percent to 10 percent.

In Lynx’s early days, when it was making initial investments in a tough economic environment, this incremental funding structure proved a little unwieldy, Nathan admitted. “I was constantly raising money,” he said.

However, things improved over time. Today, Lynx has a base of some 300 investors, the majority of which tend to renew, Nathan said. Additionally, several backers have opted to commit capital over longer terms, giving the firm more secure liquidity. They include Windsor Private Capital, a Canadian merchant bank that is one of its largest investors.

Lynx has also begun to attract institutional capital. Last November, it secured a $15 million commitment from The Labourers’ Pension Fund of Central and Eastern Canada, a $5 billion multi-employer pension plan. Nathan hopes to sign on more institutional LPs in the future.

With many North American family businesses in succession planning mode, Nathan sees “a flood” of potential deals on the horizon. For the moment, Lynx is focused on U.S.-based investments that offer currency-hedging opportunities. It invests south of the border through Succession Capital, a San Diego, Calif.-based affiliate.

Lynx has closed relatively few deals in recent months due to over-pricing, Nathan said. Its last Canadian acquisition, announced in early 2015, was Kitchen Creations, a maker of kitchen and bath cabinetry located in Fredericton, New Brunswick.

Lynx is most interested in niche businesses that are stable, well run, and have substantial customer and supplier networks, Nathan said. It will work with existing managers of acquired entities, or introduce new ones.

The firm oversees the operations and finances of its portfolio companies, providing many with back office support. It strives for collaborative relationships with management teams, rewarding high performance and encouraging best practices, Nathan said.

At present, Lynx’s portfolio has a revenue run-rate of about $300 million. Nathan expects to top that number in the coming months.

Last September, Lynx was ranked 50th in the 27th annual PROFIT 500, which measures Canadian businesses according to their five-year revenue growth. The firm made the list with five-year growth of 1413 percent.

Nathan, formerly a vice president at Rothschild Canada, leads a team of 22 employees at Lynx’s Toronto and San Diego offices.

Photo of investors and coin stacks courtesy of Shutterstock