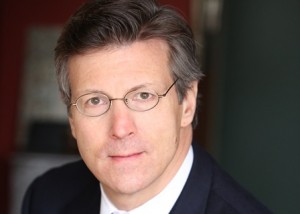 Weild, former vice chairman of the Nasdaq who testified before Congress in favor of the JOBS Act and authored studies that laid the groundwork for parts of the law, sees private equity firms gaining from his efforts to set up a venture exchange with U.S. regulators.

Private equity portfolio companies that want to go public need distribution to prospective investors and broader aftermarket support, he said. But current market structures promote less of an ecosystem to provide key items such as equity research for companies.

“The need for marketing of private equity companies far outstrips the capabilities/focus of Wall Street,” Weild said. “We believe that private equity-backed firms would IPO much more successfully if they could broaden their distribution to reach the natural market for their shares – something Weild & Co facilitates and something that higher aftermarket economic incentives, including venture exchanges, would also help address.”

Overall, the number of listed U.S. companies on the Nasdaq and NYSE has dwindled to about 5,000 from 9,000 a few years ago. A venture exchange could be one key way to smooth the way for small public companies in the aftermarket, he said.

Weild has been making the rounds in Washington in favor of a venture exchange and a “JOBS Act II” as another pro-capital formation omnibus bill.

“It would likely include some combination of scaled disclosure to lower costs to go public and remain public, plus a set of sweetened aftermarket incentives to improve aftermarket support,” he said of a possible JOBS Act II. “It might also include a new public crowdfunding bill.”

Weild said he has found interest at the SEC and on Capitol Hill, but so far the effort remains in the early stages.

“The likelihood of a regulated venture exchange or the SEC moving preemptively is high,” he said. “This is an idea whose time has come.”

Weild sees his company as a reviver of the American Dream, where entrepreneurs prosper and small IPOs meet success. A venture exchange would create a bigger IPO universe that would expand his firm’s total addressable market.