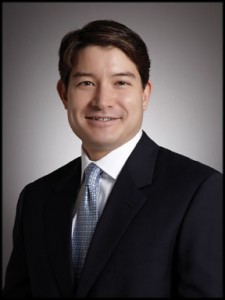 The optimism comes despite the finding that tech M&A volume globally is down 15 percent from where it was a year ago, and down even more compared to the same period in 2011, according to 451 Research, which conducted the recent survey on behalf of the law firm.

Tech companies are feeling the improvements of an economy that is growing steadily, if sluggishly, while the values of stock indexes are hitting new highs and private equity price multiples are climbing back into the range last seen at the market peaks of 2006 and 2007, said Eric McCrath, a partner in the firm’s San Francisco office and co-chair of Morrison & Foerster’s mergers & acquisitions and private equity investment & buyouts groups.

What’s more, 40 percent of respondents to the survey said M&A activity has picked up in the most recent six months, McCrath said.

“They’re already seeing it, so they are confident it will continue.”

At the other end of the spectrum, larger tech companies are continuing to pursue what they call “aqui-hires,” in which they buy a smaller company in order to attract the talent of key employees, McCrath said.

To conduct the survey, 451 Research interviewed nearly 200 insiders in the tech M&A space, including 40 percent who work primarily in the deal space, mostly in investment banking and financial advisory, with the rest in venture capital and private equity. Nearly half the participants were based in Silicon Valley, with 12 percent in the New York area and the rest throughout the United States, the UK and continental Europe.

Strategic investors probably have an innate advantage over financial sponsors, McCrath said, due to the technological risk of investing in unproven companies and business models. Buyout shops are more likely to focus on later-stage tech companies with established customer lists and consistent cash flows.

Still, the general strength in the M&A world could help keep buyout shops in the game, McCrath said. “With smaller equity checks and greater leverage, that will help them.”