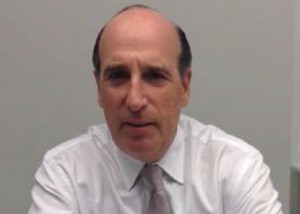 Since November 2013, Gen II Fund Service’s assets under administration have grown to $75 billion from $55 billion as the overall business gains traction with GPs. To keep up with new business, the firm plans to add as many as 20 new positions to its 80-person staff in the next several months, Leben said.

The New York firm sees plenty of room to grow. Private equity shops lag other alternative asset classes in their use of fund outsourcing. While at least 90 percent of hedge funds outsource fund administration, only about 30 to 35 percent of private equity firms hire outside service providers, Leben said, citing an industry study.

While some project that figure could increase to at least 50 percent in about five years, Leben said the adoption could actually be more rapid in the face of growing complexity around compliance, technology and other issues.

Gen II Fund is the largest independent player in the space, going up against rivals such as State Street, SEI Global Fund Services and SS&C Technologies Holdings Inc.

Adding to its growth, Gen II has been drawing business from younger private equity firms. It’s currently working with about 15 emerging managers, most of them launched by veterans from larger shops. Leben said he has noticed that more emerging managers are lining up anchor LPs as investors both in funds and as part-owners of the overall firms. While some LPs may have frowned on outsourcing in the past, it’s more often seen as an advantage for younger firms and others, he said.

“Having operational excellence and being able to deliver accurate information and transparency are critical for building a brand,” Leben said.

For both newer and the more established firms, Leben said he’s been tackling concerns over regulatory issues around expense reporting and other issues, cyber security, and maintaining adequate transparency on carried interest and other financial metrics.