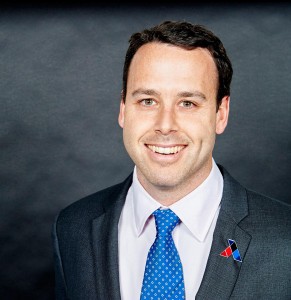 We read newspapers, shop and even date online. So it’s only natural that deal-making would follow.

Peter Lehrman founded website Axial in 2009 to make it easier for dealmakers to buy and sell private companies. Fast forward to today and Axial plays a role in 50 closed transactions a month through its marketplace of entrepreneurs, bankers, advisors and more than 500 private equity firms, Lehrman said.

“We’re in the second inning as a company,” he said. “Ultimately what wins everyone over is our tangible success in our customers closing 50 deals a month. Our customers want to spend their time meeting the right people and finding the right deal. We can show proof that’s happening on our network.”

Axial has lots of room to grow. It currently claims about 2 percent of the $350 billion in annual M&A volume in the middle market. To help fuel its growth, Axial has raised close to $20 million venture capital from Comcast Ventures, First Round Capital, Redpoint Ventures and others.

The company used the capital to hire an engineering team for its mobile app, expand product offerings by targeting company CEOs and line up new office space. Lehrman said he’s confident either an IPO or acquisition by a larger company will present itself in the future, “provided we continue to execute on our vision.” He declined to comment further on the timing of any potential deal that would allow his backers to exit.

Lehrman is bullish about his company’s outlook. “In an environment like this, where it’s competitive, with a lot of capital being raised and lots of firms vying for the same deals, building a tool like this helps our customers identify sellers of a company quickly and it helps them avoid spending time on the wrong deals,” he said. “Even in 2015, it’s extremely time consuming to identify private companies that are for sale or looking for capital, and it’s hard to find credible information on them.”

For its services, Axial charges annual subscription fees ranging from $15,000 to $100,000 or more, based on the size of transactions customers are looking to do, the number of markets, and the level of business development support needed from its in-house team of deal-sourcing consultants. The team also offers seminars to teach GPs about the practice of deal sourcing and business development. Axial doesn’t charge any success fees or carry fees.

Along with acquisition and growth equity investments, Axial has been helping institutional investors and private equity firms line up co-investments in acquisitions through its syndication tools. The company’s network includes about 200 family offices keen to co-invest. This business line aims to make it easier for fundless sponsors to do deals.

Axial’s services are limited to initially linking buyers and sellers, who continue a potential transaction on their own.