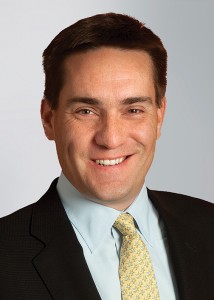 As co-head of the Private Investment Fund Group at Proskauer, Sean Hill helps lead one of the biggest global law practices in private equity, and one of the busiest as an outside counsel to sponsors of all types.

Drawing on its staff of 100 lawyers, Proskauer is well positioned to provide perspective on industry trends by tapping into its long history in the asset class from lower middle-market funds to big buyout and credit funds, Hill said. About 80 of the group’s lawyers focus on corporate fund formation, while the balance of the team specializes in fund-related matters such as litigation, regulatory issues and securities.

“The most common question we get is, ‘What’s the market out there?’” he said. “We’ve negotiated terms on a daily basis on both sides of the table. We help guide them to what structures and terms make sense in their business.”

European waterfalls — a fee structure that pays back LPs 100 percent of contributed capital before GPs collect carried interest — remains a key talking point in limited partner agreements. But GPs have been holding out for the American model of collecting carried interest on a deal-by-deal basis after returning capital, and sometimes related fees and expenses contributed on realized transactions.

“Those that have traditionally had the American model usually retain it [on new funds],” Hill said. “But LPs are asking for additional protections on distributions such as interim claw backs after six years and in some cases escrows of carried interest.”

One argument GPs use to keep their deal-by-deal model is that it more quickly rewards younger executives, he said.

“Under the European waterfall, sometimes a young pro would have to wait eight years to get carried interest,” Hill said. “That’s a long time for someone who’s new to the industry.”

Another macro trend Hill has noticed: private equity firms accumulating dry powder in preparation for a dip in GDP. Proskauer has been guiding GPs through the fund formation process for a possible downturn.

“[We look at] how to recycle capital in the fund, bridge financing opportunities, and investment limitations,” Hill said. “They want to make sure they have the right amount of flexibility to execute transactions down the road.”

Hill and his colleagues remain in the thick of fund formation and portfolio activities, along with regulatory, compliance and operational issues. They have also been busy with secondary transactions, which continue to command strong purchase prices.