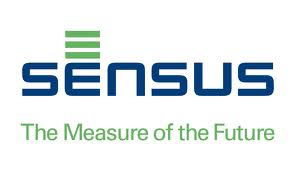 Need To Sell, a feature in Buyouts magazine, is a mini-profile of a company that, judging by how long its been in its sponsor’s portfolio, should be ripe for a sale and hence a potential deal opportunity. This is an updated version that ran in the Aug. 13 edition. –BV

For a sponsor looking to buy a company with a global reach, Raleigh, N.C.-based Sensus certainly has it.

The Jordan Co.’s investment in Sensus is approaching the nine-year mark.

The Jordan Co. and GS Capital Partners bought the company, then called Invensys Metering Systems, in December 2003 in a $650 million deal—sizable even by today’s standards. For the fiscal year ended March 31, 2003, the company had recorded $510 million in sales. Since that acquisition, the company has executed at least seven acquisitions and investments and one divestiture, according to Capital IQ and press reports. It’s unclear if the company is still in GS Capital’s portfolio.

One of Sensus’s most recent deals came on July 30, when it announced it had bought a 15 percent interest in CAS Tecnologia S/A, a Sao Paulo, Brazil-based developer of software and hardware for metering infrastructure.

A statement by the Sensus executive vice president Jose Antonio Hernandez offers an explicit indication of the company’s aggressive growth campaign: “This is the latest step in our strategic growth initiative, which is to accelerate our presence in targeted markets, expand our offerings in the smart water network and smart grid markets and accelerate the adoption of our core technologies in one of the fastest growing economies in the world.”

Jay Jordan, who co-founded The Jordan Co. back in 1982, declined to comment. Officials at Goldman Sachs did not respond to inquiries.