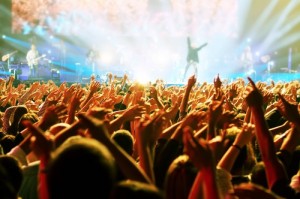 The equity financing includes investments from HBC Investments, as well as participation from existing shareholders Beedie Capital and Nettwerk’s four founding partners: Terry McBride, Ric Arboit, Dan Fraser and Mark Jowett. Nettwerk will use the proceeds of the financing to invest in new and existing artists under development. Nettwerk will also continue to be an active acquirer of catalogue music rights for which it is uniquely positioned to create and expand value.

“We are pleased to welcome our new shareholder to Nettwerk as we continue to expand the reach and success of our clients. We are also very grateful for the ongoing support from our existing investors,” said Terry McBride, CEO of Nettwerk. “We plan to utilize these funds to create and grow success for our current and future artist clients through true partnerships that value the creative process and long-term patience and planning.”

Peter Brodsky, HBC Investments, added, “HBC is excited to be a financial and strategic partner of Nettwerk. The Group is a known leader in recognizing and leveraging the opportunities that arise from technological disruptions and industry shifts. Nettwerk has emerged as a successful and thriving music company that is uniquely positioned to create long-term value in its clients’ musical works and content. The investment comes at the perfect time where the music industry is experiencing a resurgence with explosive growth in monetization opportunities across diverse worldwide retail and distribution models.”

“Our involvement with Nettwerk, which began in 2006 with a focus on catalogue acquisitions, has shown that the Group’s capabilities and platforms are also effective at driving growth in established works,” said Ryan Beedie, President of Beedie Capital Partners. “We are excited to add HBC to the team in order to continue to grow Nettwerk’s catalogue acquisition and new artist development projects.”

The past year has been an exciting one for Nettwerk Music Group across all divisions of the company. Highlights include management client fun., who broke out with their smash single “We Are Young feat. Janelle Monae” from sophomore album Some Nights (Fueled By Ramen), which is now certified Platinum. The band was nominated for six Grammy Awards®, and took home two: Song of the Year and the coveted Best New Artist. Internationally, Vancouver-based singer/songwriter Wanting saw her debut album, Everything In The World, explode in and around China, going Triple Platinum in China and Hong Kong and Platinum in Malaysia and Taiwan. Wanting, who is also a label and publishing client, is nominated for 10 Chinese Music Chart Awards, including Best New Artist, Album of the Year and Singer/Songwriter of the Year.

LA-based band Family of the Year, who sits on Nettwerk’s management and label rosters, saw a local buzz early last year grow into full-fledged national acclaim. Stand-out track “Hero,” from Nettwerk debut album Loma Vista, recently claimed the #1 spot on the Triple A Top 30 Chart, following the band’s appearances on national late night television shows Jimmy Kimmel Live!, Conan, and Last Call With Carson Daly, as well as major support from MTV, MTV2, CMT, and national print publications like USA Today and Entertainment Weekly. Family of the Year, who in the past has supported artists like Edward Sharpe & The Magnetic Zeros, Mumford & Sons, Good Old War and Milo Greene, is in the midst of selling out their first headline tour of North America. This summer, the band will appear at various festivals, including Lollapalooza, Summerfest and Kanrocksas.

Label artist Passenger’s debut Nettwerk album All The Little Lights has lived on the Billboard Heatseekers Chart for 34 consecutive weeks and counting. The UK troubadour has been touring the world, selling-out nearly every headline show across North America, the UK, Europe, New Zealand and Australia, as well as supporting his friend Ed Sheeran in these territories. The video for lead single “Let Her Go” exploded on YouTube and now has more than 22 million views, while the single itself has reached #1 in ten countries so far. iTunes UK named All The Little Lights the “Best Singer/Songwriter Album of 2012,” while iTunes US and Canada featured the album as a 2012 Chart Topper. Passenger will return to North American for a major headline tour this summer.

About Nettwerk Music Group Inc.
Nettwerk Music Group (NMG) is the umbrella company for Nettwerk Records, Nettwerk Management, Nettwerk Producer Management and Nettwerk One Publishing. Nettwerk connects music fans with music makers. From launching the careers of Sarah McLachlan and Coldplay and developing artists like fun., Old Crow Medicine Show, Morgan Page, Passenger, Family of the Year and Wanting to working with a roster of top-flight producers and mixers like Chris Lord-Alge, Ron Aniello, Howard Benson and Bob Clearmountain, Nettwerk continues its over 25 year history of tenacity, innovation and ingenuity. As a worldwide organization, NMG offers its clients a wide range of services in the business of music while ensuring the artist remains the creative centre.