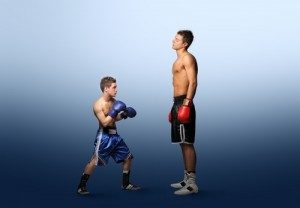 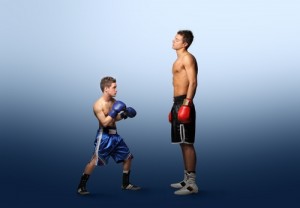 BERLIN, Feb 28 (Reuters) – The costs of new rules for investors which buy and sell companies could drive smaller players out of business or force them into tie-ups with peers, private equity managers said.

As hundreds of financiers gathered in Berlin for the annual SuperReturn conference, some bemoaned the ‘excessive regulatory burden’ that lawmakers are loading on to the private equity industry.

“Dozens of private equity groups will likely disappear and others will seek to survive through mergers to cope with the regulatory burden,” he added.

The industry association EVCA said rising regulatory costs may be among the factors prompting weak groups to give up.

“The AIFM Directive is a game changer: many private equity groups will have a painful transition, but it will not be life threatening for most of them,” Simon Witney, the chairman of EVCA’s regulatory committee, said.

“There will be some General Partners (private equity managers) who frankly will decide not to market in Europe,” said John Morgan, partner at Pantheon.

The new rules will affect some 1,000 of the world’s roughly 5,000 private equity groups, while another 1,000 groups that are active in Europe will likely fall below the scheme’s cut-off volume of 500 million euros in managed funds.

Europe remains one of the most important markets for private equity investors, last year accounting for a quarter of the $327 billion euros in worldwide transactions and a fifth of the total of $308 billion raised in funds, according to ThomsonReuters data.

While private equity managers are struggling to meet the demands of their investors, who have seen returns drop in the economic crisis, the costs for implementing the new rules – be it for hiring and training staff, appointing advisors or contracting services groups – are increasing the pressure.

Not all companies will be affected in the same way.

Globally active groups, used to close scrutiny from U.S. authorities, will likely be better off than smaller groups from countries like Germany, which so far has had a more relaxed regulatory regime.

David Rubinstein, founder of Carlyle, one of the world’s biggest buyout groups, says the impact of AIFM has not been as drastic as expected.

“Real regulatory clampdown on private equity did not happen,” he said.

But Jacek Siwicki from Warsaw-based private equity group Enterprise Investors said the extra costs would be enormous for some firms.

“If you are a small group it can be much more than 5 percent in additional administrative costs,” he said.

Torsten Krumm, partner at small German buyout group Odewald said: “Until now, costs for investor relations make up 3-5 percent of total administrative costs. That will rise to 5-8 percent through AIFM.”