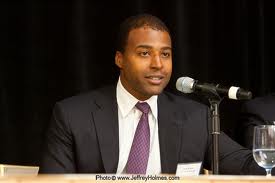 Siris Capital Group expects to hold a second close at $200 million on its debut fund in the coming days, Buyouts reported yesterday, a source close to the fundraising effort .

Siris Capital executives are hoping to raise a total of $400 million in commitments for the fund, Siris Partners II LP. Greenhill & Co. is helping to raise the fund, which held a first close at $150 million toward the end of last year.

The firm has been expecting commitments from several limited partners with programs dedicated to finding promising new private equity firms. The Teachers’ Retirement System of the State of Illinois has pledged $45 million; other possible investors include Connecticut Retirement Plans and Trust Funds, Parish Capital and entities advised by Credit Suisse’s customized fund group.

The firm targets complex deals, including turnarounds, in the technology, telecommunications and health care services sectors. In November the firm closed its first deal, teaming up with GSO Capital Capital Partners, Sankaty Advisors and other investors to buy Tekelec, a Morrisville, N.C.-based company that makes and supports telecommunications products, paying $780 million to BlackRock Inc. and other investors.

Co-Founders Frank Baker (pictured), Peter Berger and Jeffrey Hendren formed Siris Capital last year after leaving Steven Cohen’s SAC Capital Advisors. The controversial hedge fund manager was expected to be an investor in the fund, but has since distanced himself from Siris Capital for fear of tainting its fundraising due to allegations of insider trading at SAC Capital, as Buyouts previously reported.

Prior to joining SAC in 2007, the trio worked closely for 10 years at a buyout firm, Ripplewood Holdings LLC. Together, they have invested a total of almost $1.2 billion—$600 million under SAC Capital’s banner, and $576 million under Ripplewood. They’ve since added two other investment professionals for Siris.