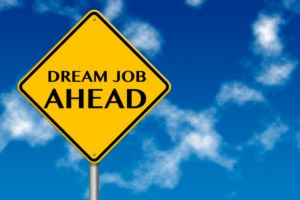 The professionals would be tasked with helping to manage the $79 billion pension system’s private equity, real estate, real assets and hedge fund portfolios. Duties include sourcing investments, performing manager due diligence, negotiating partnership agreements, managing relationships with outside consultants and presenting recommendations to the New Jersey State Investment Council, according to a job description.

“We encourage people to work across asset classes,” McDonough said, adding that he expects to hire the new senior investment professionals by late September.

New Jersey Division of Investment had committed roughly $12 billion to private equity funds through the end of April, according to a recent report. Its holdings in buyout and venture capital strategies were valued at $5.78 billion as of April 30, equal to just over 7 percent of its total investment portfolio and slightly above its 7 percent target allocation to private equity. Holdings in debt-related private equity strategies were valued at $795 million, or 1 percent of its total portfolio, below the pension system’s 1.25 percent target allocation.

The private equity portfolio (including debt-related investments) has generated a five-year return of 15.75 percent annually for the retirement system, according to the report. The alternatives portfolio, which groups private equity alongside real estate, real assets and hedge fund strategies, had generated 10.64 percent return over the same time.

In May, the state authorized a $100 million commitment to Warburg Pincus Energy Fund and $50 million to MHR Fund Management’s fourth distressed debt vehicle.

“We will consider doing another, or another two, if the opportunity presents itself, but expanding the staff is something we want to focus on right now,” McDonough said.

New Jersey’s senior alternative investment team is staffed by Jason MacDonald, Maneck Kotwal and Lou Kish, according to a contact sheet available through the New Jersey Division of Investment website.

New Jersey will be accepting applications for the new positions through the end of July.

This story first appeared in Reuters Buyouts Magazine. To subscribe to Buyouts, click here for the Marketplace.