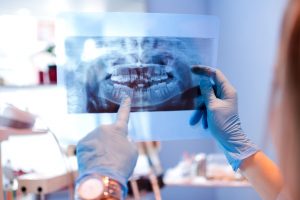 New Mountain Capital is exploring the sale of dental-services giant Western Dental & Orthodontics, according to people familiar with the matter.

Deutsche Bank and Moelis have been engaged to advise the Orange, California, company on a sales process, the people said.

Western Dental is expected to generate north of $100 million in 2018 Ebitda, one of the people said.

Based on the valuations commanded by recent dental-service groups of scale, Western Dental ought to fetch a multiple of Ebitda well into the mid-teens.

Attractive insurance dynamics and significant white space for consolidation are a couple of reasons large sponsors, pension and sovereign-wealth funds have continued to flock to the sector.

Western Dental is also likely to benefit from scarcity value, as it is one of few remaining assets of significant scale after recent changes of ownership involving Dentalcorp, Heartland Dental and Aspen Dental.

Founded as a single office out of Los Angeles, Western Dental has grown its network to encompass about 250 offices in California, Arizona, Nevada and Texas.

Western Dental and its affiliates offer general dentistry, specialty and orthodontic care, as well as administrative and management support services. The company is led by Chairman and CEO Daniel Crowley.

New Mountain, New York, invested in Western Dental in 2012 after proactively approaching the company about a potential transaction a year earlier, the PE firm’s website says.

Terms of the 2012 transaction weren’t disclosed, but an October 2012 Moody’s report valued the deal at about $550 million, including a $300 million cash equity contribution.

In recent activity, Imperial Capital Group and OPTrust this year sold Dentalcorp to consumer-focused L Catterton following a Jefferies-run auction. The largest platform north of the border scored close to a 14x multiple of Ebitda in a deal valued around C$1.6 billion (US$1.24 billion), sources previously said.

Imperial Capital, for its part, earned more than 3.5x its money in connection with the sale, a person familiar with the matter told Buyouts.

The Dentalcorp deal followed KKR‘s purchase of the largest DSO in the country, Heartland, which offered an exit for shareholders including Ontario Teachers’ Pension Plan.

Ares Management and Leonard Green & Partners about a year ago boosted their stakes in Aspen Dental in partnership with American Securities.