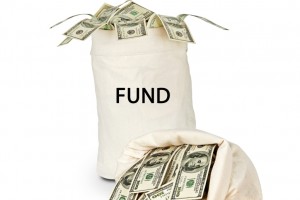 the New York-based private equity firm is out fundraising for its fourth pool and looking to raise $3 billion with New Mountain Partners IV LP, according to an SEC filing dated March 26. Credit Suisse is the placement agent, the filing says

The private equity firm’s prior pool, New Mountain Partners III LP, had the same target but ended up raising $5.1 billion in 2008. Fund III is producing an 8.3% net IRR, according to Sept. 30 data from CalPERS. The firm’s second fund collected $1.55 billion in 2005. That pool is producing a net IRR of 12.4%, CalPERS says.

PeHUB reported last September that New Mountain would likely be out marketing for its next fund in late 2012 or early this year.

New Mountain calls itself a generalist firm and typically invests from $100 million to $500 million per deal. In November, RedPrairie, a New Mountain portfolio company, agreed to buy JDA Software in a $1.9 billion deal. The deal closed in December. New Mountain last year also sold Deltek to Thoma Bravo after owning the enterprise software provider for seven years. The sale was valued at $1.1 billion and New Mountain was expected to make roughly five times its equity investment in Deltek.

Levine Leichtman targets the middle market with its structured equity funds and typically invests between $100 million to $750 million per deal. Fund IV in July acquired Mander Portman Woodward, a provider of private education in the U.K. Luminator Technology Group, which is backed by Levine, also acquired DRI Corp., which makes and designs electronic destination signs that month.

Levine also has an SBIC fund which targets U.S. companies with revenues of less than $50 million, the firm’s website says. The firm recently made its second investment from Levine Leichtman Capital Partners SBIC Fund LP, which collected $225 million in 2011. Levine bought Senior Helpers, a franchisor of in home care for elderly persons, in October.

The firm’s California growth fund targets emerging companies in that state with less than $25 million in revenue, the firm’s web site says. In 2000, Levine made a $13.9 million growth capital investment in Quiznos. (CCMP acquired Quiznos in 2006).

Officials for New Mountain and Levine Leichtman couldn’t immediately be reached for comment.