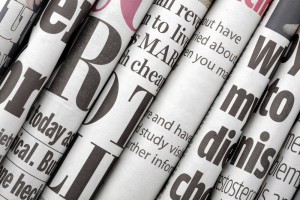 While the sale of the parent of the Chicago Tribune is drawing interest from Lee Mitchell of private equity firm Thoma Bravo LLC, a much smaller weekly paper in Boston plans to shut down for lack of a buyer.

Mitchell told the Chicago Sun-Times he’d like to take a look at the books of Tribune Co.

Newspapers continue to lose readers to free articles on the Internet and print media valuations have come down, but the digital potential of journalism continues to draw interest.

“It’s more than newspapers, really,” Mitchell said in an interview with David Roeder of the Sun-Times. “They are looking at multimedia delivery mechanisms.”

Mitchell did not return a phone call or email from Buyouts seeking additional comment. It’s not clear if he would buy the Chicago Tribune by itself or the entire Tribune Co., which includes the Los Angeles Times. While Mitchell serves as managing partner of Thoma Bravo, he didn’t say in the interview if he’d buy the newspaper himself or with backing from limited partners in one of his firm’s private equity funds.

Meanwhile, Charles and David Koch, the brothers that run Koch Industries, one of the largest private companies in the U.S., may be interested in buying Tribune Co., according to a report by Reuters this week. Tribune Co. also owns TV stations, but the Koch brothers just want the newspapers, according to the report.

Warren Buffett and News Corp.’s Rupert Murdoch have also been mentioned as possible buyers of the Chicago Tribune.

In his annual letter to shareholders on March 1, Buffett said his holding firm Berkshire Hathaway has acquired 28 daily newspapers for $344 million because some names in the sector still offer value.

Such potential hasn’t been realized in the Boston Phoenix, a weekly arts and lifestyle newspaper modeled after The Village Voice in New York City. One of the oldest alternative newspapers in New England, the publication will shut down after 47 years because of a decline in advertising revenue, the Associated Press reported. Its sister publications in Providence, R.I., and Portland, Me., will remain in operation, publisher Stephen Mindich said.

Photo of newspapers courtesy of ShutterStock