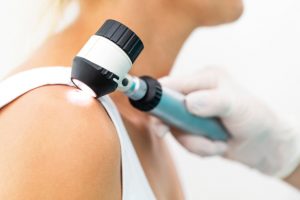 Another big physician practice management opportunity is emerging in what is expected to be a well-attended sale process – this time around, for a leading asset in the business of skin treatment.

OMERS Private Equity is preparing for a sale of Forefront Dermatology, according to multiple sources familiar with the firm’s plans.

Harris Williams has been engaged for financial advice, the people said, with a process poised to launch imminently.

Forefront, headquartered in Manitowoc, Wisconsin, is projecting around $100 million in adjusted 2021 EBITDA, the sources said. Although still early, a process ought to produce a high-teens multiple of EBITDA based upon recent transactions involving scale PPM companies in other specialties, the sources said.

Under the leadership of CEO Scott Breemen, the company has grown tremendously since OMERS in February 2016 bought Forefront from Varsity Healthcare Partners. Around that time, the company generated in the $30 million-range of EBITDA, some of the people said.

The upcoming process comes fresh on the heels of notable trades in segments including women’s healthcare, gastroenterology, and dental.

“The bar used to be 15x,” one source said, speaking to EBITDA multiples in PPM. “The new bar is 16x to 18x” for high-growth, well-run assets. “[Forefront] is going to get a ton of interest from big sponsors.”

The likely buyer, added another source, is a “sponsor interested in derm that wants to own the best business [in the space] and wants to have a 10-year run of growth… I think this will be a monster outcome.”

Sources noted the well-regarded brand, culture and reputation of Forefront and its leadership team, which since 2014 has been led by Breman. Many large buyout firms that chased the various assets listed above are expected to look at Forefront, they added.

Interested suitors may evaluate Forefront with the view of combining it with another existing platform that is ripe for picking, they said. With the majority of Forefront’s business in medical dermatology today, the platform also has a big growth opportunity should it make strategic moves to expand into cosmetic- or aesthetics-focused dermatology, sources added.

Not all have been winners. In January, US Dermatology Partners defaulted on a $377 million loan, leading Abry Partners to hand over the keys to its lenders, Golub Capital, Carlyle Group, and Ares – which now oversee a chain, Bloomberg reported.

Although there exist numerous other small- and mid-sized platforms in derm, Forefront’s growth profile has certainly stood out.