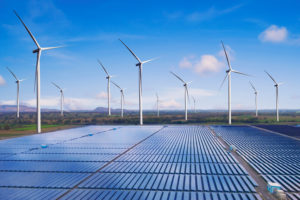 Media measurement mega deal: After weeks of talks and a rejected bid, Nielsen has agreed to sell itself to a group of private equity firms led by Elliott Management’s Evergreen Coast Capital and Brookfield in a deal that values the media measurement company at $16 billion including debt. The new deal price represents a roughly 60 percent premium to Nielsen’s share price before The Wall Street Journal reported a deal was in the works earlier in March.

Energy series. I’m pleased to announce that PE Hub has launched a new series of articles exploring private equity investments in energy. Obey Martin Manayiti, who joined the Hub earlier this month as a reporter, is talking with PE pros investing in the sector.

Obey spoke with Adam Waterous, the founder and CEO of Waterous Energy Fund about the Calgary, Canada-based firm’s strategy and about how the impact of the Russian invasion of Ukraine on the energy sector.

“There has been dislocation in distribution and of course there has been widening differentials against Russian production, but there has been no destruction of oil and gas producing facilities,” he said.

“As a consequence, over a relatively short period of time, these Russian oil barrels will find customers likely in Asia and that will help to bring down prices. It can be high for a short period of time but ultimately these prices should come down.”

In the long run, Waterous said the prices will rise again because Russia will be forced to cut down production, especially in the absence of Western capital and technology – a situation similar to that in Venezuela, which is under US sanctions.

Waterous claimed his value investing strategy is designed to work with extreme price fluctuations, unlike the growth equity model that other energy PE firms focus on.

“Prices are very high right now,” he said. “Conversely if you look back two years ago, prices were very low. In the last two years we roughly quadrupled the size of our business.” Waterous raised production from about less than 30,000 barrels per day two years ago to more than 110,000 barrels today. “During a period of very volatile prices, our investing strategy works when prices are high or when they are low.”

Coming up later this week, Obey will talk with Ben Dell, founder of Kimmeridge, an energy private equity firm focused on investing in low-cost oil and gas assets in the US.

Climate-friendly deals. As Kirk writes, TPG is ramping up dealmaking activities in impact investing through its new TPG Rise Climate Fund, with a final close expected in the second quarter at $7.2 billion hard-cap, and its Rise Fund III, targeted to bring in $3 billion. CFO Jack Weingart discussed the strategy in the firm’s fourth-quarter 2021 earnings call yesterday.

Launched in 2016 in partnership with rock star Bono and former eBay president Jeff Skoll, TPG established the Rise Fund franchise in 2016 to invest in deals that deliver social impact and strong performance. The first fund closed in 2017 at $2.1 billion, and the second one in 2020 at nearly $2.2 billion.

Chaired by Hank Paulson, the former US Treasury secretary, the fund is expected to make 20 to 30 investments in companies with revenue of at least $100 million. For example, TPG Rise Climate Fund and Abu Dhabi’s ADQ invested roughly $1 billion in a newly formed passenger electric mobility unit of Tata Motors, an Indian automaker.

For more, read the full story by Kirk.

That’s it for now. Chris writes the Wire on Wednesdays, and I’ll be back on Thursday.