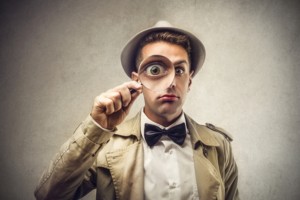 New Jersey state Treasury investigators found no wrongdoing in venture firm General Catalyst’s decision to not report a political contribution from one of its executives-in-residence – now Massachusetts Gov. Charlie Baker – months before the state pension committed millions to the firm.

The results of an audit investigation into the potential pay-to-play violation were made public Thursday. (The 16-page audit report is dated Nov. 20, 2014.)

Baker, who was elected governor of Massachusetts last year, made a $10,000 contribution to the New Jersey Republican State Committee in May 2011 shortly after he joined General Catalyst as an executive-in-residence. The New Jersey state pension system then made a $25 million commitment to the firm’s GC Group VI LP fund in December 2011.

General Catalyst believed it did not need to disclose Baker’s contribution because he was “not an investment management professional at [General Catalyst] under any of the four criteria [of the policy],” the investigation documents said.

The firm said Baker was not an executive officer, owner or other control person at the firm and never solicited investments during fundraising, the report said.

“The primary role of [executives-in-residence] at GC is to get actively involved with a limited number of portfolio companies … to operating businesses … not managing or advising the venture firm or its funds,” the report said.

However, investigators disagreed and said Baker was an indeed an “investment management professional” under the policy. The report stated that General Catalyst and Baker created an LLC called CBDI to “pursue high impact investments.”

“Therefore, Mr. Baker’s donation did not need to be reported and there was no violation of the policy, since Mr. Baker did not provide … services to Group VI,” the audit report said.

The state’s Division of Investment, which manages investments for the $80 billion state pension, became aware of the potential pay-to-play violation last year through “public media disclosures” – likely by reporter David Sirota, who was at Pando Daily at the time. The Treasury’s Internal Audit Unit was brought in to perform an audit of the political contribution.

New Jersey eventually reduced its $25 million commitment to $15 million because the fund was oversubscribed, the documents said. The system sold its remaining stake in Fund VI on the secondary market in September for a profit, according to the report.

Katja Gagen, vice president of marketing at General Catalyst, did not respond to an email seeking comment.

The investigation document makes recommendations for changes to policy and practice at the system, including better defining terms like “investment management professional.” Investigators also recommended the system go beyond relying on firms to self-report political contributions.

“Search of databases by the Division of Investment may be problematic for large investment firms who have thousands of employees but may be more practical for small boutique firms and VCs,” the document said.