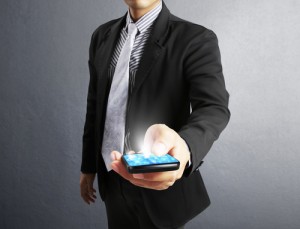 By Randall Palmer and Louise Egan

The lack of major foreign entrants in a list of bidders that the government published on Monday is good news for the dominant Canadian companies – Rogers Communications Inc, BCE Inc and Telus Corp. The three had complained that the auction rules favored foreigners.

In all, 15 companies registered to bid on the 700 MHz spectrum in an auction that kicks off on Jan. 14. The process may last two to seven weeks, based on how long similar auctions have taken internationally.

Shares of Rogers, BCE and Telus rose in morning trading. All three stocks had taken a beating in June on reports that Verizon Communications Inc was looking to enter the Canadian telecommunications market. Verizon later said it would not do so.

“We view the list as a key positive for the incumbents and a key disappointment for the government, which wants four carriers in every market,” Dvai Ghose, head of research at Canaccord Genuity in Toronto, said in a research note.

The Conservative government has tried to ensure a fourth player could challenge the incumbents in each region of Canada, and it eliminated foreign ownership restrictions on small companies to try to attract competition.

“Surely now the government realizes that the market will not support four carriers per market and must rethink its failed wireless policy,” Ghose said.

But Industry Minister James Moore did not concede defeat, saying the government’s efforts to increase competition among telecoms had already led to lower prices.

“This trend will continue as a result of January’s auction,” he said in a statement. “In addition to this auction, our government will continue to aggressively pursue policies that ensure consumer interests are at the core of all government decisions.”

Among the auction registrants is a unit of Canadian private equity firm Birch Hill Equity Partners Management Inc, which was tipped earlier as a possible bidder for small companies Wind Mobile and Mobilicity.

Sources familiar with Birch Hill’s plans said in August that the company had sought financial backing from Rogers in a plan that involved Wind Mobile’s sharing its network with the market leader.

With no Verizons or AT&Ts in the mix and what he termed muted private equity interest, Ghose said the government might raise less revenue from the auction than it had hoped. He estimated the cost for each of the four prime blocks at well below the C$500 million ($485 million) he had initially assumed. Interest from a big foreign carrier like Verizon would have brought the price per block to about $1 billion, he said.

The information provided on Monday did not reveal companies’ bidding strategies, such as the regions where they plan to bid.

There are 14 regions, with seven spectrum blocks in each. But four of those blocks are most coveted because they are aligned with U.S. airwaves.

The registered companies can withdraw from the auction and get a full refund on their deposits. The government will publish the final list of provisionally-qualified bidders on Oct. 23.