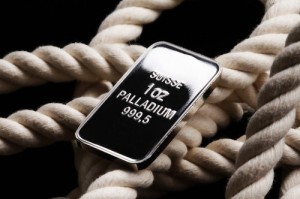 Toronto-based North American Palladium Ltd., a precious metals producer focused on its Lac des Iles mine in Ontario, has obtained a US$130 million senior secured term loan from Brookfield Capital Partners, the private equity group of Brookfield Asset Management. NAP will use the proceeds of the debt financing, which matures in 2017, to repay senior secured notes, fund capital expenditures related to expanding the company’s Ontario mining project, and for general business purposes.

Payment and satisfaction of the existing $72 million senior secured notes due October 4, 2014;

Fully subscribed private placement of approximately $20 million in flow-through shares at a 2% premium to the relevant market price; and

Extension of the existing operating credit facility until July 4, 2014.

“We expect that these financings will enable us to complete the first phase of our LDI mine expansion and establish our operations for improved financial performance in 2013 and beyond,” said Dave Langille, NAP’s Chief Financial Officer.

Mr. Phil du Toit, NAP’s Chief Executive Officer, added: “We look forward to the completion of Phase I of the shaft expansion and the benefits it will have. Our ongoing review of our strategic mine planning has identified potential alternatives that may allow us to defer Phase II capital spending without compromising production growth.”

Brookfield Financing
The Company closed a US$130 million term loan financing with Brookfield which bears interest at 15% per annum and is due June 7, 2017. The loan is secured by first priority security on the fixed assets and second priority security on accounts receivable and inventory. NAP has the option to accrue interest during the first two years of the loan; in which case, the interest rate on the loan and accrued interest would increase by 4%. The loan contains covenants typical of this type of facility including senior debt to EBITDA ratios, minimum tangible net worth requirements and capital expenditure limits.

NAP intends to use the net proceeds from this debt financing to pay and satisfy in full the existing $72 million senior secured notes due October 4, 2014, including the redemption premium related thereto, to fund capital expenditures at the LDI mine and for general corporate purposes.

Flow-Through Offering
In addition to the term loan, the Company has entered into a subscription agreement in respect of a fully subscribed private placement of flow-through shares for aggregate gross proceeds to the Company of approximately $20 million. The Company intends to issue these shares in two tranches, in each case at a 2% premium to the relevant market price (defined as the simple average of the five daily VWAPs on the TSX for the five trading day period ending on the fourth trading day prior to each tranche’s closing date). The tranches are expected to close on the third business day after the end of the five day pricing period, to be completed on or about June 19, 2013 and July 23, 2013, respectively. The shares will be registered in the US for resale on the NYSE MKT via a resale shelf prospectus supplement on Form F-10, and resales in Canada will be restricted for four months. Not more than 9.99% of the total issued and outstanding shares will be issued in these transactions.

100% of the gross proceeds from the flow-through offering will be used for eligible mine expansion expenditures and exploration activities at the LDI mine and property in Ontario that constitute “Canadian exploration expense” (“CEE”) as defined in the Income Tax Act (Canada).

This new release shall not constitute an offer to sell or the solicitation of an offer to buy, nor shall there be any sale of these securities in any jurisdiction in which the offer, solicitation or sale would be unlawful. The securities being offered have not been approved or disapproved by any regulatory authority, nor has any such authority passed upon the accuracy or adequacy of the prospectus supplement or the base shelf prospectus or shelf registration statement. The offering is subject to the approval of the TSX and the NYSE MKT.

Operating Line of Credit
The Company also extended its US$60 million revolving operating line of credit by an additional year to July 4, 2014. The credit facility is secured by first priority security on the Company’s accounts receivables and inventories and second priority security on all other assets.

About North American Palladium
NAP is an established precious metals producer that has been operating its flagship Lac des Iles mine (“LDI”) located in Ontario, Canada since 1993. LDI is one of only two primary producers of palladium in the world, and is currently undergoing a major expansion to increase production and reduce cash costs per ounce. The Company’s shares trade on the NYSE MKT under the symbol PAL and on the TSX under the symbol PDL.

Forward-Looking Information:
Certain information in this news release relating to North American Palladium Ltd., including, but not limited to, the use of proceeds and closing of the flow-through offering, is forward looking and related to anticipated events and strategies. When used in this context, words such as “will”, “anticipate”, “believe”, “plan”, “intend”, “target” and “expect” or similar words suggest future outcomes. By their nature, such statements are subject to significant risks and uncertainties, which include, but are not limited to, regulatory and government decisions, economic conditions, and availability and cost of financing. Readers are cautioned not to place undue reliance on forward-looking statements as actual results could differ materially from the plans, expectations, estimates or intentions expressed in the forward-looking statements. Except as required by law, North American Palladium Ltd. disclaims any intention and assumes no obligation to update any forward-looking statement even if new information becomes available, as a result of future events or for any other reason.