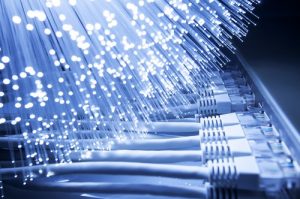 Novacap Technologies has agreed to buy Oxford Networks, a Lewiston, Maine-based provider of end-to-end telecommunications and IT solutions for businesses in New England and other U.S. regions, peHUB Canada has learned.

A special meeting of Oxford shareholders last week approved the deal, which is intended to facilitate further expansion of the 113-year old company, and give it the opportunity to launch new product and service offerings.

While the acquisition price was not disclosed, one source pegged it at around US$50 million.

For Novacap Technologies, which is managed by Longueuil, Québec-based private equity firm Novacap, the Oxford deal represents a continuation of its strategy of investing in select U.S. companies that fit the technology investment model it pioneered in Canada.

“Oxford originally built a nice telephone franchise in Maine, and then went on to build a successful fibre business,” said Novacap partner Ted Mocarski. “The company now wants to broaden its scope to include cloud and co-location, but it can’t do this alone. Oxford needed a partner like Novacap that has deep experience in the sector, and that’s able to offer capital and strategic guidance.”

Mocarski is among Novacap GPs who sit on the boards of directors of Fibre Noire and Host.net.

Oxford posted a loss for 2012, which it attributed to the costs of launching a data centre and other one-time charges. However, Mocarski said the Novacap transaction is not about turning the business around.

“It’s more about right-sizing Oxford’s balance sheet, and effectively aligning it with the company’s growth requirements,” he said.

The acquisition of Oxford, which should be completed before the end of April, is being managed by Novacap Technologies III LP. The firm is currently raising its fourth PE partnership, Novacap TMT IV LP, which peHUB Canada reported will bring in over $250 million on its first close. That will put the fund within close proximity of its $350 million hard-cap target.

Novacap’s other investment group is Novacap Industries, which targets acquisitions of traditional businesses. Founded in 1981, the firm’s total assets under management exceed $1 billion.