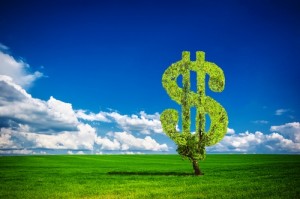 Canadian mid-market firm Novacap has not yet begun broad marketing of Novacap Industries IV LP. It has nonetheless already managed a first close that puts it within reach of its target.

Earlier this month, the firm secured $300 million in capital commitments, said Jacques Foisy, a managing partner at Novacap and head of Novacap Industries, one of two sector-focused investment groups.

The result surpasses the $250 million target set for Fund IV’s initial close. It also represents nearly 71 percent of the $425 million targeted in total.

Foisy told peHUB Canada that the first close was anchored by re-ups from North American pension funds, financial corporations, insurance companies and other institutional investors. These LPs, many of which made larger commitments this time, accounted for 95 percent of the $300 million raised, he said.

Foisy said the focus going forward will be on contacting new and existing LPs with the goal of wrapping up Novacap Industries IV by late 2014. He said the firm also has exits in the pipeline and is keen to be back in “deal hunting mode.”

While consultations with existing LPs about Novacap Industries IV were initiated in the spring of 2014, Foisy said a pivotal event was the run-up to a $165 million investment led by the firm this week in Knowlton Development Corp (KDC), a Canadian manufacturer of personal care and beauty products.

Prior to the deal, KDC and Novacap had a 12-year partnership. Acquired by Novacap Industries II in 2002, the company grew rapidly—organically and through two add-on acquisitions—taking market share away from competitors. KDC as a result increased its annual revenues more than seven-fold to US$480 million today, said Foisy.

Calling it “a jewel of the portfolio,” Foisy said Novacap was “looking for a home” for KDC in late 2013. However, while the company has drawn interest from strategic buyers, its PE backer determined that it was not yet ready to relinquish the asset. That’s because Novacap views KDC as “a key consolidator of its industry” and as having still greater potential for expansion, Foisy said.

Novacap instead brought the idea of reinvesting in KDC to its LP base, suggesting they could continue “growing it together,” said Foisy. The result was the sale of the business by Fund II to the firm and its institutional co-investors. These co-investors at the same time signed up for Novacap Industries IV, making KDC the new partnership’s debut investment. It isn’t clear how the investment is split between the co-investors and the fund.

KDC is emblematic of the dealmaking that Novacap has for a long time pursued. Relying primarily on deal networks to source opportunities, the firm typically aims to do control-stake acquisitions of consumer goods and manufacturing companies with revenues of between $30 million and $300 million.

While Novacap’s market activity has always been North American in scope, the firm decided in 2012 to extend its presence in Ontario by opening a Toronto office. Marc Paiement, who was a partner between 1995 and 2001, recently rejoined Novacap to lead investment in the province. Additional hires are expected in coming months.

While Ontario has seen intensified competition among PE firms of late—with more well-capitalized local and U.S. investors contending for the best opportunities—Foisy said Novacap is confident it can get its fair share of deals.

“The market is more competitive, but not a lot of private equity firms possess the kind of operational expertise that exists at Novacap,” he said. “We have been around for 33 years and our investment professionals bring to the table many more years of entrepreneurial experience. We believe we have a unique offering.”