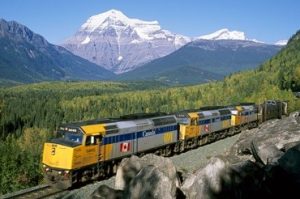 Canadian private equity firm Novacap has acquired Hallcon Corp, a Canadian provider of specialty outsourced services to the railway and transit sectors in North America. The firm’s latest fund, Novacap Industries IV LP, which last October completed a $300 million first close, carried out the undisclosed deal in partnership with the company’s management team, Export Development Canada, BMO Capital Partners and other institutional partners. The seller in the transaction was U.S. private equity firm Southfield Capital, which acquired majority ownership of the Toronto-based Hallcon in May 2011. In a statement, Southfield said the company’s EBITDA grew four times during its investment.

MONTRÉAL, Aug. 4, 2015 /CNW Telbec/ – NOVACAP, a Canadian leader in private equity, today announced the acquisition of Hallcon Corporation, a leading provider of specialty outsourced services to the railway and transit sectors in North America, based in Toronto. The transaction is carried out through its NOVACAP Industries IV Fund, in partnership with Hallcon’s management team, Export Development Canada (EDC), BMO Capital Partners and other institutional partners. Hallcon’s senior management team will continue in their current roles with the company.

“We see this transaction as a growth platform and a step forward for Hallcon, said Domenic Mancini, Senior Partner at NOVACAP and new Chairman of Hallcon. This company has a steady growth history, and the whole category still shows a lot of potential for expansion. As we have done numerous times in the past, we intend to invest the necessary resources in order to take Hallcon to the next level.”

“This new capitalization by NOVACAP and its partners allows us to consolidate our position in the market and move forward with the development of new markets, as we did with the acquisition of Loop Transportation, which was announced last week but was made possible through our discussions with NOVACAP”, said Tony G. Plut, President and CEO of Hallcon.

Hallcon was owned since 2011 by management and Southfield Capital, a Greenwich, CT based private investment firm focused on lower middle-market businesses.

ABOUT NOVACAP AND THE NOVACAP INDUSTRIES IV FUND
With $1.5 billion of assets under management, NOVACAP ranks among the top private equity firms in North America. Since 1981, its distinct partnership approach based on operational expertise has helped more than 70 companies in North America accelerate their growth and maximize their value.
Established in October 2014, the NOVACAP Industries IV Fund has recently raised an initial $300-million investment by partners such as Caisse de dépôt et placement du Québec, the Fonds de solidarité FTQ, Investissement-Québec, Export Development Canada (EDC) and other institutional partners. Hallcon is the second platform in which Novacap Industries IV has invested since its inception in October 2014. NOVACAP expects to complete commitments for its $425-million goal within the next few months. The fund seeks to invest mostly in medium-sized companies in the industrial and manufacturing sectors, as well as in specialized services, distribution and retail platforms. For more information about NOVACAP, consult: www.novacap.ca.

ABOUT EXPORT DEVELOPMENT CANADA (EDC)
EDC is Canada’s trade finance agency, providing financing and insurance solutions locally and around the world to help Canadian companies of any size respond to international business opportunities. As a profitable Crown corporation that operates on commercial principles, EDC works together with private- and public-sector financial institutions to create greater capacity for Canadian companies to engage in trade and investment. For more information about how EDC can help your company, visit www.edc.ca .