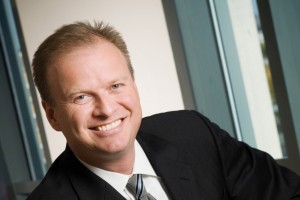 Bobby Franklin kicked off his new role as president and CEO of the National Venture Capital Association on Sept. 3 with a big job ahead.

Not only is he tasked with charting a new direction for an association long steered by now President Emeritus Mark Heesen, but he faces a steep learning curve on venture capital itself.

Franklin brings several skills that will help him, including a long record of service in Washington D.C. He served since 2006 as the executive vice president of the larger CTIA – The Wireless Association, a trade association for the wireless industry, and previously led the Washington office of Alltel Communications. He began his career working for Senator David Pryor (D-AR).

In an interview with VCJ, Franklin said he wasn’t yet ready to spell out new strategies for the NVCA. Instead he stressed he was in a listen and learn mode.

Here is an edited transcript of the conversation with Franklin. VCJ subscribers can read more here:

Q: What is your first order of business as the new NVCA president?

A: The first order of business for me is to come in and learn about the industry. It is a lot of, as the motto says, listen, learn, then lead. I am squarely in the listen and learn mode, and frankly I think I will be in that mode for maybe 180 days, listening and learning and forming some thoughts about the direction to take the association.

Q: This is not the first time you’ve come to an organization as an outsider and had to learn a new business. Tell me about your background.

I didn’t know much about international trade. My boss was on the finance committee where international trade agreements are considered. I didn’t know anything about telecom before being hired by Alltel to be their lobbyist. I ended up taking over Alltel’s Washington office and leading a group of folks on the regulatory and legislative side. I moved to the trade association that represented Alltel and ended up on the government affairs committee for CTIA for a couple of years, and then became [President] Steve Largent’s number two in leading an association of some 90-plus employees and a big budget to represent the wireless industry.

I don’t know a lot about the venture capital industry at this point, but I am confident my track record shows that I can learn everything I need to learn and take a leadership position.

Photo of Bobby Franklin courtesy of the NVCA.

Meet the new boss! Bobby Franklin, the brand new CEO of the National Venture Capital Association, will be at Venture Alpha West on Oct. 9. This is a great opportunity for Silicon Valley VCs to bend Franklin’s ear. He just stepped into his new job this month after more than six years as an executive with the CTIA. Franklin will say a few words following the keynote address by Venky Ganesan of Menlo Ventures and then hang around to meet and greet folks at a reception. If you’re an NVCA member, be sure to contact Greg.Winterton@ThomsonReuters.com to get a special rate. Hope to see you there!