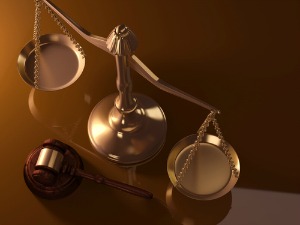 (Reuters) – New York state attorney general Eric Schneiderman’s investigation of the private equity industry’s tax practices may have attracted a lot of publicity in recent days, yet it’s uncertain whether it will result in big financial settlements.

His action may be limited to whether private equity fund managers dodged paying the state’s top tax rate, currently at 8.82 percent, which applies to both ordinary income and capital gains.

Schneiderman does not have jurisdiction over whether firms improperly took advantage of a difference in federal tax rates by paying a 15 percent capital gains rate rather than the 35 percent rate on ordinary income.

“It would not seem to be what they call a high-yielding kind of inquiry,” said Robert Willens, a New York accounting and tax expert and a professor at Columbia Business School.

But how much money exactly is at stake is still not clear. The attorney general has yet to gather enough information to make an assessment of potential liabilities, according to a source familiar with the investigation.

The New York attorney general is armed with a new tool – an enhanced state False Claims Act that allows for treble damages and penalties in tax cases.

His office’s lawsuit against Sprint Nextel Corp in April for more than $300 million in uncollected taxes and penalties was the first tax enforcement action filed under the Act, which was tweaked by Schneiderman himself to crack down on large-scale corporate tax fraud schemes.

U.S. banks and funds have settled with prosecutors before to avoid lengthy legal battles.

Schneiderman’s investigation, which has involved subpoenas being sent to at least a dozen private equity firms, is largely looking into whether funds mischaracterized income to avoid or improperly defer taxes, said two sources familiar with the investigation. It also could concern the non-payment of taxes to New York by fund managers who live in other states.

Jennifer Givner, a spokeswoman for Schneiderman, declined comment on the investigation.

The attorney general’s office is concerned that the practice – which at its core involves firms “waiving” fees they charge investors to manage assets and converting them into actual fund investments – may amount to an interest-free loan from taxpayers to private equity firms, one of the sources said.

To prove the state has suffered losses, New York prosecutors will have to dig deep into the complicated world of private equity firms and their investors.

Schneiderman will be taking aim at a practice that is already falling out of favor. In a survey of 30 North American private equity funds that completed fundraising between 2007 and 2012, only 20 percent said they made use of management fee waivers, according to Buyouts, a Thomson Reuters publication.

In the latest guidelines issued by the International Limited Partners Association, which represent private equity investors, the association advises them that fund managers should be putting their own cash, rather than money from converted management fees, into private equity funds as investments.

Schneiderman could pass on any evidence of wrongdoing he uncovers to federal authorities who may also chose to act.

Nevertheless, the attorney general may end up challenging a practice that federal tax authorities have looked into in the past but have not done anything to stop, indicating it is probably far from a slam-dunk legal case.

POLITICS OF A PROBE

The private equity tax probe plays to a larger debate about the industry’s practices that is raging during the U.S. presidential elections. That has raised questions about the political motivations of Schneiderman, a Democrat and the co-chairman of President Barack Obama’s mortgage fraud task force.

Among the firms his office has subpoenaed is Bain Capital LLC, which was once headed by Mitt Romney, the Republican presidential candidate challenging Obama in November’s election.

Romney, through his lawyer, has said he did not participate in the management fee waiver practice, which Bain adopted after he left the firm in 1999. But the candidate’s background has already put an uncomfortable spotlight on the private equity industry, and Schneiderman’s investigation could add to the negative publicity around the industry’s practices.

“This is one of the first instances where a state has taken the lead on this kind of large and complex income tax issue,” said Mark Peters, a New York attorney who worked as a senior prosecutor in the New York attorney general’s office under Eliot Spitzer.

Private equity firms charge management fees annually for taking on client assets, which are typically 1 percent to 2 percent of the committed investment. But they can offer investors the option of waiving the fee.

In a management fee waiver, money that would have been paid as a fee is ploughed by investors into the fund as an investment. But profits on that capital go first to the private equity firm until it is made whole for the waived management fee. Any additional profits are then shared between the fund managers and the investors.

At the heart of the fee waiver practice – and crucial for tax arguments – is risk taking, because it underpins capital gains treatment for tax purposes. The fund managers stand to lose the money if the fund’s investments do not perform. If deals go sour, investors may not even recoup the waived management fee.

In the lifespan of a typical 10-year private equity fund, a waiver agreement may be hardwired from the start to convert annual management fees throughout, or it may give the manager the option to waive the fees each year.

Bain, for example, makes use of annual deferrals, according to a person with direct knowledge of the matter. Bain declined to comment.

Schneiderman is investigating whether private equity firms were taking on less risk than they were getting tax credit for when converting management fees into fund investments, the sources said. He is also probing the timing of the use of the waivers, they said.

“It’s called the assignment of interest doctrine. At what point are capital gains so close to being earned that the conversion of the fee income into capital gains is abusive in the sense that there is no longer any material risk that the capital gains won’t be realized,” Willens said.

For example, a private equity fund manager may choose to waive the management fee five years into the fund. While the investments will still involve risk, the fund manager may by then have better visibility on his chances of recouping the waived management fee and making a profit, compared to the launch of the fund, the argument goes.

Schneiderman is also looking into whether the use of waivers by private equity firms justified a deferral of taxes, which would otherwise have been paid every year on management fees, the sources said. Capital gains are generally only taxed when they are realized.

And there may also be an issue with the use of the waivers by private equity fund managers who live out of state. Ordinary income, such as the management fees, that is earned in New York by non-residents is taxable at state level, whereas capital gains are not, though they may be taxed by the states in which the investor lives.

As management fees get the federal 35 percent ordinary income tax treatment, and investment income is taxed federally at 15 percent, private equity firms have been able to save hundreds of millions of dollars in taxes. But the Internal Revenue Service has not stopped the use of management fee waivers.