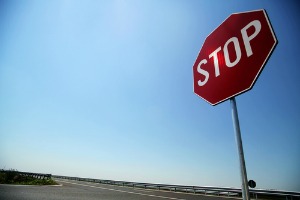 (Reuters) – An investigation by New York’s top prosecutor into whether a group of private equity firms used a fee arrangement to dodge taxes may be undermined by the state’s own public pension fund.

Schneiderman’s office is investigating whether the practice, known as a “management fee waiver”, was exploited by private equity firms to reduce their taxes.

But one issue for Schneiderman may be that the $150.6 billion New York State Common Retirement Fund is among the investors that has long agreed to management fee waivers, according to a source with direct knowledge of the matter.

The Common Retirement Fund is overseen by New York Comptroller Thomas DiNapoli, who supervises state finances and is the sole trustee and manager of the fund. Representatives for DiNapoli and Schneiderman declined to comment.

Some outside experts say the fund’s endorsement of fee waivers may offer some legitimacy to the practice.

“This tells us that the New York state pension fund thinks this is legal or they wouldn’t be doing it,” said Steven Kaplan, a University of Chicago finance professor whose research focuses on private equity.

Public pension funds that participate in waivers enjoy no tax benefits as a result, but these waivers can help them cut losses if a private equity fund does not perform well by allowing them to recoup some or all of management fees paid.

The New York public pension fund is now reviewing the use of fee waivers because it wants private equity fund managers to commit more of their own money to funds, not because of worries about the legality of the arrangement, the source said.

News of Schneiderman’s investigation emerged in September and quickly took on political overtones. One of the buyout firms subpoenaed by the attorney general is Bain, which was co-founded by Republican presidential candidate Mitt Romney.

Some Republican lawmakers have said the probe by Schneiderman, who is a Democrat, is politically motivated. DiNapoli, also a Democrat, has said he supported the investigation.

“I have full confidence that Attorney General Schneiderman is doing this on the merits and looking at an issue in terms of responsibility on taxation that I think everybody cares about,” DiNapoli told cable news program Capital Tonight earlier in September, when asked about political criticism of Schneiderman’s private equity tax probe.

DiNapoli did not publicly disclose that the pension fund he oversees has such arrangements with private equity firms.

New York’s state pension fund has invested in several funds run by private equity firms that have been subpoenaed by Schneiderman, including Apollo, KKR, TPG, Providence Equity Partners Inc and Vestar Capital Partners, according to public filings listing the fund’s assets as of March 31, 2011.

Some of these funds boast hundreds of investors each, a significant portion of which may have participated in management fee waivers.

The potential loss of revenue for New York from the fee waiver practice is not clear, but experts have said it is likely smaller than that for the federal government. The Internal Revenue Service has potentially seen hundreds of millions of dollars in lost revenue due to these waivers, but has not taken action against their use.

Schneiderman is armed with a new tool – an enhanced state False Claims Act that allows for treble damages and penalties in tax cases.

Schneiderman and DiNapoli are two independently elected state officials, but they have teamed up on investigations, including a probe on unpaid life insurance benefits and a joint task force against government corruption.

DiNapoli’s predecessor, Alan Hevesi, resigned in December 2006. In 2010, Hevesi pleaded guilty to participating in a pay-to-play scandal at the state pension fund. He was sentenced to up to four years in prison.