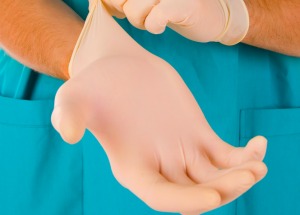 Sept 1 (Reuters) – At least a dozen U.S. private equity firms have been subpoenaed by the New York state attorney general as part of a probe into whether a widely used tax strategy that saved these firms hundreds of millions of dollars is proper, a source familiar with the situation said on Saturday.

Bain was once headed by Mitt Romney, the Republican candidate who hopes to unseat President Barack Obama in the Nov. 6 election.

The subpoenas, which were sent out in July, seek documents related to the conversion of fees these private equity firms charge for managing investors’ assets into fund investments, the source said. This means the investigation predates the release last month of confidential Bain fund documents by Gawker that revealed such a practice.

The practice is known as a “management fee waiver.” As fund investments, the income would be taxed as capital gains, which attract rates around 15 percent. Without the conversion, the fees would be ordinary income, taxed at rates around 35 percent.

Jennifer Givner, a spokeswoman for New York Attorney General Eric Schneiderman’s office, declined to comment. The firms were not immediately available for comment.

The investigation comes in the midst of a heated U.S. presidential election campaign. Romney has been scrutinized for his tenure as head of Bain, through which he amassed much of his estimated $250 million fortune.

The timing of the probe and Schneiderman’s credentials as a Democrat could raise eyebrows in political circles.

Romney’s record at Bain is already a target of attack by President Barack Obama’s campaign and has put an uncomfortable spotlight on the industry. A probe into a potential tax dodge by the industry could further play into the Democrats’ hands.

Romney earned about $13 million in income over the past two years from carried interest, or the portion of a private equity fund’s profits that goes to its managers, according to his campaign, which has issued a statement denying that he ever profited from using a management fee waiver.

With the latest probe, Schneiderman, who has been in office for less than two years, follows in the footsteps of predecessors Andrew Cuomo and Eliot Spitzer, who played the role of sheriff of Wall Street.

Schneiderman, who is co-chair of a mortgage crisis unit under Obama, has looked into mortgage practices at banks. Other high-profile cases involving financial institutions include an investigation of possible manipulation of the Libor benchmark international lending rates by banks.

The tax probe is being conducted out of the New York Attorney General’s Taxpayer Protection Bureau, which was set up in early 2011. The agency was established “to root out fraud and return money illegally stolen from New York taxpayers at no additional cost to the state,” according to the AG’s website.

In April, the AG’s office also sued Sprint Nextel Corp for more than $300 million, accusing the company of tax fraud by deliberately not collecting or paying millions of dollars of taxes for its cell phone service.

Private equity firms sometimes grant investors a waiver of their management fee – typically charged at 1-2 percent of investments – in exchange for being able to use that capital as their own investment income in the fund.

The benefit for the investor is recouping its fee, while the fund manager gets extra incentive to make the fund perform well but is also taxed less on this money.

The Internal Revenue Service has so far not banned such a practice, which some private equity fund managers argue is done to align their interests more with those of their investors rather than to reduce taxes.

They point out that money that is secure for the fund manager as a management fee is being converted into carried interest, which is far from guaranteed.

By Karen Freifeld and Greg Roumeliotis