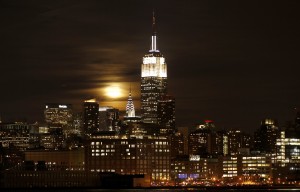 The New York City Comptroller’s Bureau of Asset Management, which oversees $122 billion across the city’s five main public pension funds, has committed $600 million to Apollo Global Management and $250 million to Golden Tree Asset Management as part of separate managed accounts that will focus on opportunistic credit strategies. The bureau, which is a part of the city comptroller’s office, also committed $400 million to Fortress Investment Group’s Fortress Credit Opportunity Fund III LP, a distressed credit fund. The three pledges together amount to $1.25 billion.

Speaking about the commitments with Buyouts, peHUB’s sister magazine, Lawrence Schloss, the bureau’s chief investment officer, said, “The reason we’re doing this is we wanted capital to be nimble.” He added, “We wanted to create our own structure that was custom tailored to our needs.  And our needs are to make investments that cut across debt asset classes and geographies.”

Importantly, said Schloss, New York City’s pensions aim to have six to eight separate managed accounts in all for opportunistic credit strategies, meaning that four to six more accounts are likely. These would be supplemented by commingled funds, like the latest from Fortress. In all, said Schloss, the city expects to make an additional $3 billion to $4 billion in commitments to opportunistic credit investments to meet the 5 percent target for this area.

The commitments to Apollo, Golden Tree and Fortress and will be spread among four of the city’s five pensions, including those serving firemen, police officers, teachers and other city employees. New York City’s five pensions have about $3 billion, or 2.5 percent, currently invested in opportunistic credit strategies, plus $8 billion, or 6.5 percent, in invested private equity capital.

Large separate account commitments such as those with Apollo and Golden Tree represent a big change in the way public pensions, the largest sources of private equity capital, are leveraging their size and clout to drive down fees, negotiate better terms and gain more control over where their money actually is actually invested.

Such accounts are fundamentally different from typical private equity funds in that the money from such commitments is not mixed in with money from other investors, but rather focused on customized investments, structures and strategies that match the needs of just one investor.